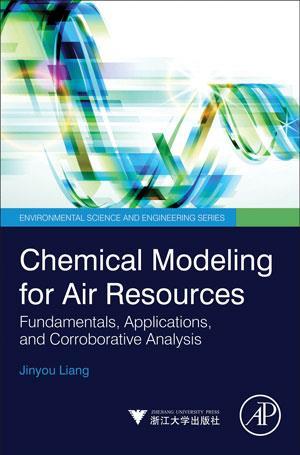 It is only fair to start this review with a word of warning: I am not a chemist. I am an atmospheric modeller who works in chemistry climate modelling and investigates the interplay between upper tropospheric and stratospheric composition and the atmospheric circulation. Basically: does climate matter for what is in the air, and does what is in the air matter for climate and weather?

This book is structured in three parts called Fundamentals, Applications and Analysis. The first section briefly describes the vertical structure of our atmosphere before introducing its chemical composition and the reactions in it. It also provides details about the modelling of reactions including photolysis.

I found the book an interesting read with much useful information, in particular the wealth of chemical reactions in the atmosphere will impress the uninitiated reader. Nevertheless, I wonder if the very strict three part structure obscures the bigger picture. For example, radiation is effectively covered twice: first with the fundamentals in Radiation in the atmosphere, and second amid the applications in Climate change. Unfortunately, no strong links are made, even though the radiative transfer considerations for heating (temperature change) and photolysis (chemical reaction) rates have much in common. For students (and people on the fringes of the field) a much stronger motivation of the methods introduced in part three would have been helpful.

Personally, I found the section on applications the most rewarding read, where chemistry is employed in air pollution monitoring and modelling. There is a regional bias: many examples from the US, some examples from China, and the rest of the world doesn’t feature much. However, many of the concepts are relevant for all nations and are employed around the world.