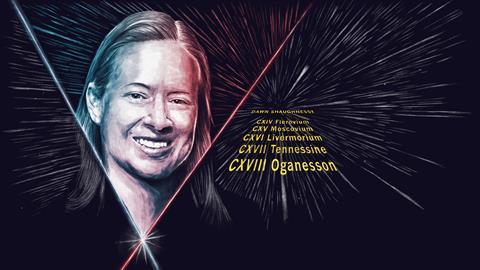 In Situ with Dawn Shaughnessy

Dawn Shaughnessy is a nuclear chemist at Lawrence Livermore National Laboratory, US. She is the co-discoverer of flerovium, moscovium, livermorium, tennessine and oganesson and was elected fellow of the American Chemical Society in 2018.

I like going to movies. I was at Captain Marvel on opening day, of course! It was awesome. My family is into science fiction and fantasy, so we go and watch Star Wars and Marvel movies, and of course we watch Game of Thrones and all that kind of stuff. April is very busy – there’s both the final season of Game of Thrones and Avengers: Endgame.

I can still remember seeing the first Star Wars movie in the cinema. I got into it right at the beginning and have been into it ever since. When The Force Awakens came out a few of us at work had a competition to see how many times we could see it. I’ve seen it many times now, at home on Blu-Ray and in the cinema.

A lot of what we tune into as kids affects us in later life. For me, science and science fiction came up together and, even as a kid, I gravitated to that kind of story. If you enjoy fantasy and sci-fi you have to suspend in your mind what is possible, especially if you are reading about something futuristic: we don’t have it now, but could we have it in the future?

My team donated to a local school. We won a prize jointly with Oak Ridge National Laboratory and part of that was given as a donation to Livermore High School. They’re putting an effort in to broaden kids’ experiences with science and technology, and so it’s a great way to use that donation. It’s nice to see that, even in my daughter’s middle school, science classes can have a lot of materials that we didn’t have. She has a class with a 3D printer in it – we didn’t have that when I was in school!

I’m a fan of ice hockey. We’ve had season tickets to the San Jose Sharks for many years. I don’t do sports myself because I’m pathetic at them, so I live vicariously through others. 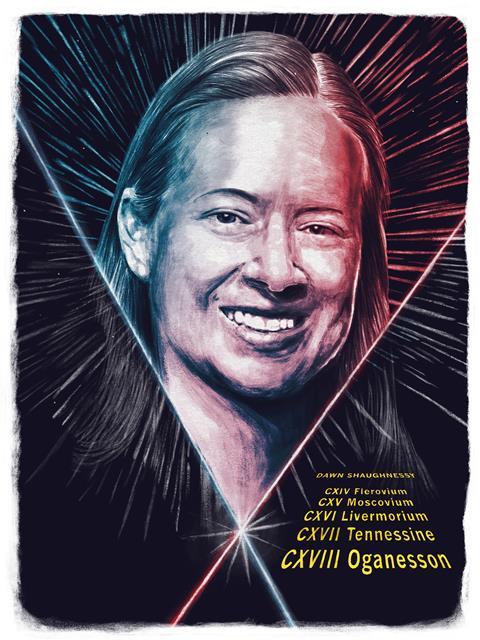 I have music on all the time. I can’t even drive five minutes without turning on something in my car, it’s an important part of my life. My top two genres are 80s new wave and 90s grunge.

Darleane Hoffman had the biggest influence on my career. I knew I wanted to do nuclear chemistry – I learned about it at college and was really fascinated by it – but I didn’t know what that meant for a career, or what you do about it. So I went and talked to the various professors at the University of California, Berkeley, and hearing from Darleane about her research and her history was really inspiring. I was very fortunate that I could work for her as a grad student, and use her as a sounding board for advice on career paths and how to handle situations in the workforce. She was a great resource for me.

The work at GSI in Germany on the chemistry of heavy elements is really breaking barriers. They are trying to get the chemistry of flerovium. I really admire them and they are getting interesting results. And at RIKEN in Japan they have been tireless in terms of robotics and bringing technology into heavy element science as well, so that work is fascinating.

These days, I’m mainly doing nuclear reactions in plasma at the National Ignition Facility at Lawrence Livermore National Laboratory. The more I get to learn about plasma physics, the more intrigued I am. The work they are doing there is really incredible, and it blows my mind to know I can use a facility like that – we’re really fortunate. One of the benefits of working at national lab rather than in academia is that you have access to facilities that are really one-of-a-kind.

In the US there is a divide between people who do science and people who use science. There’s too much of the notion that the average person can’t understand science. I don’t know why we’re teaching people that. At a very young age we convince kids that they aren’t good enough and they just give it up. Then they grow up and they don’t understand why research and funding is important, or that prescription pills are decades in the making with people in the lab. With every generation we need to get that message across so there won’t be this resistance to advanced technology.

Up until a few years ago, my favourite food was lasagne. But as you get older you can’t tolerate the same things, and now lasagne is on my sad list.

<<As a caption box at the bottom right>>

Dawn Shaughnessy is a nuclear chemist at Lawrence Livermore National Laboratory, US. She is the co-discoverer of flerovium, moscovium, livermorium, tennessine and oganesson. She was speaking to Kit Chapman