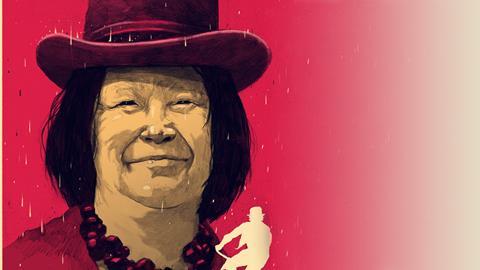 In situ with Lesley Yellowlees

On family meals, standing up for beliefs and enjoying crowds

Every Sunday my family get together and have a meal. My sister, two children and mother all live in Edinburgh, and we move round so the same person isn’t always cooking. It’s great fun. It’s about being a family, being together and talking about what’s happening. There are good arguments, especially when there was the Scottish independence referendum. It was very heated; sometimes we just had to agree we weren’t going to discuss it any more. 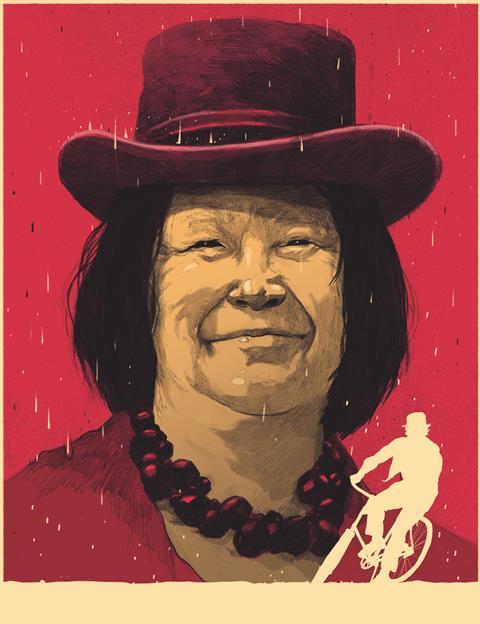 Golfers wouldn’t like me to say that I play golf. Sometimes the achievement is getting it in the air! I play golf very badly on holiday. Only on holiday, and only nine holes – I’ve got other things I need to be doing. We go around Scotland and play wonderful courses with fantastic views.

I don’t always follow a recipe when I cook, I’m not an organic chemist! I try and put my own twist on it. I very much enjoy cooking books, just looking at them. I’ve been a great fan for many years of Bill Granger, and was delighted when he opened up some restaurants in London.

I admire people who stand up for their beliefs and aren’t afraid to say so. I admire Angela Merkel at the moment. She’s in a man’s world doing a good job.

I like going to big concerts where everybody is there to have a good time. Everyone’s there for a good time and enjoying the company, everyone talks to each other. I like someone to put on a big show for me. The best show I ever saw was Take That on the Circus tour. I went with my daughter and we went to Hampden and it was the most uplifting thing I’d ever seen. It was a whole evening’s experience, and such support it was just fantastic. We went to see Michael Bublé in Birmingham the other year. He was a small dot in the distance, but you have to be part of it.

I don’t listen to music when I’m working. I’ll listen in the car or at home but I get distracted: I’m not one of those people who use music to blank things out, I start singing along. I want to feel uplifted. I’m a positive person but I like those feelings being reinforced. Bits of music remind me of different times in my life, too. I can’t listen to Men at Work without remembering drawing the diagrams for my PhD thesis!

My least favourite part of the job is telling people when they haven’t been successful. That’s a hard thing to do. I always do it face to face. It’s a coward’s way out to resort to the telephone or email.

Things have a habit of working out. But there are times I’ve lost sleep over things. Looking back, I should have just had faith in myself and other people that it would turn out all right.

Butch Cassidy… is a favourite. It’s an uplifting film… I know they get shot at the end, but the bit with the bicycle is great.

I have a season ticket for the local rep company at the Lyceum, in Edinburgh. I like having a season ticket because there are plays I think of going to see and then they’re away and I’ve missed them, but this gets me to go. I also prefer theatre to film because it’s live, but I do like movies that remind me of times of my life. Butch Cassidy and the Sundance Kid is a favourite, as it was the first date my husband took me on. It’s an uplifting film… I know they get shot at the end, but the bit with the bicycle is great.

I’ve always been involved with solar energy. I think energy is something we need to fix quickly – we haven’t solved it yet. We need to bring the social scientists in, to make sure whatever energy sources we come up with fit the ecosystems in which they are used.

My favourite place to think is the shower. I spend a lot of time there, as the heating bill attests.

When the Commonwealth Games were in Glasgow it was great to go there. We got tickets for Usain Bolt in the relays. I also enjoy cricket matches – particularly one day matches or 20/20. Everyone’s there to have a good time and a Pimms.

Lesley Yellowlees is head of the College of Science and Engineering at the University of Edinburgh. Her work focuses on inorganic electrochemistry, solar energy and CO2 capture, and in public engagement with science. She was the first female president of the Royal Society of Chemistry. She was speaking to Kit Chapman.