In situ with Melanie Sanford

Life lessons from gymnastics, how to get cheap opera seats and taking after her parents 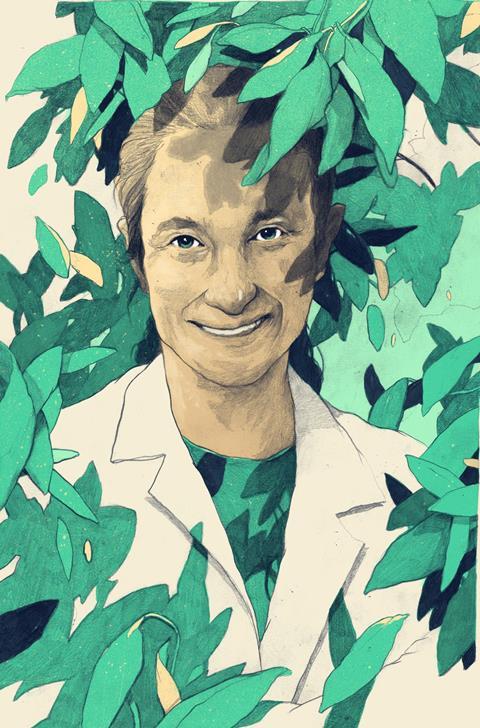 I competed for Yale at gymnastics as an Academic All-American. My event was the uneven bars. When I was a kid I kept breaking bones: I broke my ankle and I broke my foot. When you break a lower extremity the only thing you can do is bars – as long as you don’t dismount or fall you can still swing on the bars. I spent a year and a half when I couldn’t land on my feet, so I got really good.

I was not particularly naturally talented, so I had to work 10 times as hard as others to master various moves and pieces of my routines. There was a lot of courage involved, because there were things in gymnastics where you can really get injured if you mess up. Being able to overcome fear and realise that you’re going to have to work are really useful lessons.

We actually won the NCAA – the national championships – for the highest GPA. My former teammates are doctors and lawyers. It’s pretty awesome to see how successful they are. I’m a big believer in sports: time management and work ethic are valuable lessons in life.

I have a treadmill desk in my office. I walk while I work; it keeps me alert and thinking. If I sit at a desk I have a much harder time.

I have a nine-year-old son, and I enjoy participating in his activities. My son is rather energetic; we’ll watch college or NFL [American] football and he’ll be throwing a football around. We support Michigan, obviously, and I grew up in Rhode Island so we’re big New England Patriots fans. There’s also a connection, as [Patriots quarterback] Tom Brady went to Michigan. Recently we’ve been watching the English football Premier League. We were rooting for Leicester City last year, but currently we’re in to Chelsea because my son loves Eden Hazard.

My mom was very politically active. I had a shirt that said ‘A woman’s place is in the House and in the Senate’. I wanted to be the first woman President; I even played [vice-presidential candidate] Geraldine Ferraro in a debate in middle school. Then I was convinced I wanted to be a lawyer, it’s only three years and I was convinced that was the easiest post-secondary degree you could get. Then I realised what a lawyer actually does and thought ‘no thanks’.

I do a lot of gardening. I never thought I’d say that, it’s what my parents did! But I’m always planting and weeding, I find it very relaxing. Our yard was a disaster, a massive jungle, so it’s not any fancy horticulture – it’s pulling weeds. I don’t grow orchids or anything like that.

When I was growing up I played piano. Mozart was my favourite. My husband is a pretty accomplished violinist. When I was in grad school in Los Angeles we’d go to concerts – the big violin concertos of Tchaikovsky and Mendelssohn were his favourites. I’d also go to the LA Opera. They had student seats so you could for $25: it was to fill the seats if rich people didn’t turn up. It was amazing.

I’ve just finished The alchemy of air by Thomas Hager. It’s about the development of nitrogen fixation and how it impacted on agricultural production and the build-up of the German war machine. I’ve also read this amazing fiction book called The orphan master’s son by Adam Johnson, about growing up in North Korea.

The biggest unanswered question is chemistry is the overall mechanism of reactions – not just getting a reaction to work but finding out how and why it works. Our tools are getting better and better so we can dig into it.

I wish I’d known how important people management and writing skills are to science. I’d have paid more attention in school. People look and go ‘writing isn’t important’ and you think scientists are solitary people, but figuring out how to get the most of people is one of the most important things we do.

People who act like and seem like they know what is going on often don’t. I spent a lot of years in grad school feeling like I was the only one that didn’t know what was going on, but I think most people felt the same way but were hiding it. It’s a lesson I always try and pass on to my students. You need to be confident and sound confident even if you’re not, because people will believe you. Make sure you’re not overestimating other peoples’ knowledge.

Melanie Sanford is a professor of chemistry at the University of Michigan, US