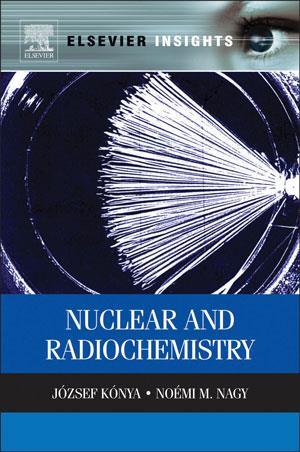 There are very few texts in print dealing with nuclear and radiochemistry, and so I was pleasantly surprised to see a new addition to the field. Half of this book is a general overview of the subject, and the rest is a more detailed description of radiotracer topics. Overall, I found it easy to read and to follow.

It is inevitable that any new book in this area will be compared with Radiochemistry and nuclear chemistry by Gregory Choppin, Jan-Olov Liljenzin and Jan Rydberg, which has become the standard text in radiochemistry. For the most part, the new text covers the same topics as Choppin et al, but some topics are not covered in the same depth. For example, the new text covers the liquid drop model of the nucleus and the semi-empirical mass equation, but mentions the shell and collective models and Nilsson levels only briefly, while Choppin et al cover these aspects in much more detail. However, there is a heavy emphasis on the production, behaviour and applications of radiotracers, and these sections exceed Choppin et al in their level of detail.

There are many good points in the new book. For example, the list of events in the history of nuclear science with links to the sections where they are explained is useful. The radiotracer chapters are also well described and detailed – for example, the book goes as far as advection and dispersion modelling of radiotracer transport. The description of important radiotracer production routes and applications is also good.

The preface suggests that Nuclear and radiochemistry could be used as a text for undergraduate and postgraduate students. For the masters level courses that I teach, which contain significant sections on nuclear physics and nuclear reactions, the new book does not provide sufficient depth. This is particularly noticeable in the areas of nuclear structure, mechanism and the nuclear fuel cycle. Here, Choppin et al is probably more appropriate. However, I would recommend this book for advanced units that focus on radiotracer topics.

Nuclear and radiochemistry would also be suitable for introductory radiochemistry courses and it could be particularly useful for researchers interested specifically in radiotracer techniques as well.