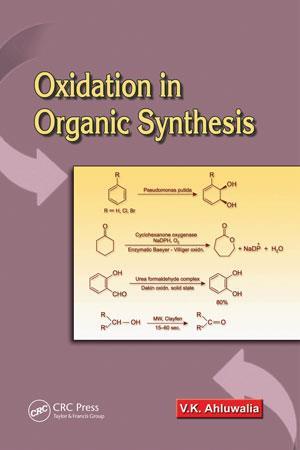 Oxidation in organic synthesis is divided into four sections: an overview of different oxidising agents used in the literature: oxidation methods used on specific functionalities in organic compounds, the use of enzymatic or microbial methods and oxidations performed under benign conditions – which includes the use of enabling technologies such as ultrasound and microwave irradiation.

The first (and major) section contains an extensive (though at times, oddly selective) list of oxidising methods. For example, sodium hypochlorite, hypobromite and hypoiodite are discussed, yet perhaps the most common alcohol oxidation method – activated DMSO – contains only the Swern protocol, without any reference to the earlier works by Moffatt, Parikh, Doering and others. Likewise, another commonly used reagent (and catalyst), tetrapropylammonium perruthenate, is not mentioned at all. Included as well are several compounds – such as sodium hydroxide – that, while commonly are involved in various redox processes, are not conventionally referred to as oxidising agents.

The second section shows a good selection of reagent combinations to effect desired changes, with the caveat that some of the key reactions mentioned above are absent from those suggested. The third and fourth sections are brief in comparison to the earlier sections, but show a variety of key methods in the respective fields.

Unfortunately, minor typographical and pictorial issues plague this book. Spelling mistakes are to be found throughout and benzene rings consistently have non-120° angles. While perhaps minor issues, they do unfortunately detract from the book as a whole, which to its credit contains an extensive list of reagents and is of some interest as a reference resource, particularly with respect to some of the more exotic reagents.

Purchase this book from Amazon.co.uk