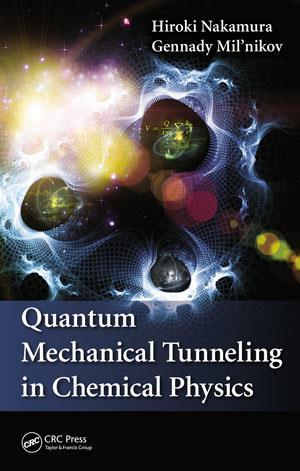 There are few texts on quantum tunnelling and its many applications, so it is gratifying to see an attempt to supply a much-needed addition to the field.

The text begins with a methodical introduction to one-dimensional theories and model systems, before moving on to higher dimensionality. There is a chapter detailing applications of tunnelling methods to polyatomic molecules, though the rest of the text does seem to be excessively mathematical without a satisfying explanation of the physical significance of the equations presented. The book also covers tunnelling splittings, metastable state decay and rate calculation.

I was surprised by the length of the book; have the authors managed a feat of succinct delivery in presenting current quantum tunnelling knowledge in 200 pages? Unfortunately, it seems not and I found the space allotted to various facets of the theory perplexing. For example, the calculation of a quantum mechanical reaction rate constant (arguably one of the most important applications, if not the most important) only occupies seven pages. In such a brief overview, the authors do not even state the exact quantum (or classical) rate equation, instead focusing on ‘Im F’ instanton theory.

The book seems almost solely devoted to Wentzel–Kramers–Brillouin and instanton methods, making only cursory notes of other developments in the field. Were a subsequent edition to be published, I would recommend greatly expanding the remit of the book to include other groundbreaking developments such as ring-polymer molecular dynamics.

In places, there are typographical inconsistencies and I am left feeling that the text would have benefited from proofreading by a native English speaker. I would recommend this book for those interested in a monograph or review of the research of the authors and their co-workers, but due to its narrow focus, devotion to mathematical rather than physical detail, and omission of some major theories, it cannot be recommended as a general text in the field.