In situ with Shankar Balasubramanian

The sequencing pioneer on endurance, creativity and an unexpected question from Prince William 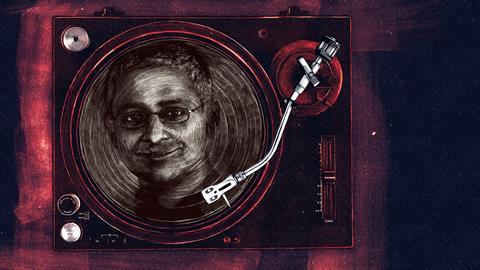 Shankar Balasubramanian is Herchel Smith professor of medicinal chemistry at the University of Cambridge. His pioneering work on nucleic acids includes the invention of Solexa sequencing, a technique that made it possible to sequence genomes accurately and affordably. He was speaking to Katrina Krämer.

I started collecting wine few years ago. It’s become a bit of a hobby. When my wife and I travel we like to visit vineyards. Bordeaux wines are my favourites. Some Burgundy areas we’ve come to know quite well. These are places where we’ve met the families that make the wines and hear the stories of how they ended up doing what they do.

I also cook, although my wife would say not very often, because I’m slow. I like to take hours, and that’s not practical on a day-to-day basis. But all chemists can cook, right? For me, it’s actually a test for an organic chemist – how well they cook. Because I think organic chemistry in the lab is part science and part artistry.

My main sport was football, up until the age of 17 or 18. If you asked me back then what I wanted to do in life, I wanted to be a professional footballer. But I tore some ligaments when I was a student at university. That ended my competitive football.

I grew up near Liverpool and Liverpool Football Club is my team. As a kid, I used to go and watch most of the home games with my friends. Liverpool had an up and down 15 years, so I was very happy to see them win the Champion’s League this past year with a great team and a fantastic manager.

I wanted to do a PhD, but I wasn’t sure I had done well enough in my finals. In fact, I thought I’d messed them up (although it turned out I was wrong). So I considered a different direction – I was going to set up a chain of wine bars with a friend in America. Sometimes you don’t know exactly what your career is going to be – and that’s okay. Instead, I ended up pursuing a PhD and this was a key turning point.

As a student, I was a DJ for a while. This was in the mid to late 80s, we played hip hop. We used to stage music at different nightclubs. Now my kids are into that sort of music. Every now and then I surprise them with some musical knowledge, I’ll go to Spotify and pull up an old-school thing they haven’t heard about.

I’m an endurance runner.  I challenged myself when I turned 50 and I did a 100km ultramarathon. When I was younger, I used to be a sprinter, so I wasn’t used to running much more than 100 metres. A few years ago, a colleague of mine encouraged me to take up running. Especially in summer, going out to the countryside, sometimes for hours – it’s meditative. Some long runs I do with a friend. We just chat the whole time. It’s an alternative to going to the pub and chatting over a beer.

I think research challenges have similarities in that if you think about them in a certain way, you’ll talk yourself out of doing it. You have to break problems down, sometimes to the extent that you go forward a step, even though you don’t know what you’ll see until you’ve taken the previous step. I’ve been wrestling with a research challenge in this manner for over 20 years and still haven’t nailed it.

Contrary to what some friends assume, I don’t think about ideas when I run. I think creativity can be an almost social activity. Sometimes people come to my office and ask why I have such a big open space here. I like to get my team in here and we have live discussions on the whiteboard. That’s actually when creativity happens. Sometimes we go to the pub round the corner, the Panton Arms. We have a beer and no agenda. When you’re relaxed, I think the ideas flow better.

We’re in a time of great discussion and debate about what the purpose of education is. For me, the primary purpose of education was and still is to stimulate young minds. To help them figure out how to learn, how to think and how to understand. I think there’s an important, subtle difference between education and training. I’m concerned that the pressures of the modern society are diluting out the education part.

Being knighted in 2017 was just a total shock and surprise. I had no idea that I was being considered. An official letter came in the post from the prime minister’s office. My first reaction was thinking something’s wrong. It was a very officially worded letter, I had to read it three times before I understood what it meant. I asked my wife to read it, just to clarify.

Prince William did the ceremony at Buckingham Palace. You get a minute or so private conversation. He asked me an interesting question: ‘What can sequencing tell you about ancestry?’ I had 40 seconds to reply. I was unprepared.