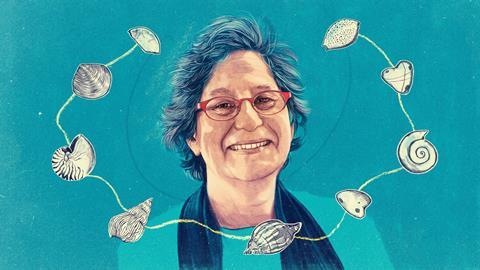 In situ with Susan Solomon

Susan Solomon is the Lee and Geraldine Martin Professor of atmospheric chemistry and climate science at the Massachusetts Institute of Technology, US. She led the National Ozone Expedition to Antarctica that found high levels of chlorine dioxide in the atmosphere, providing evidence that chlorofluorocarbons damage the ozone layer. She also served on the Intergovernmental Panel on Climate Change, which received the Nobel peace prize in 2007. She was speaking to Emma Pewsey

I found out that there was such a thing as chemistry on a planet instead of in a test tube when I was an undergraduate student. I just thought that that would be so fascinating. And I’m sure it jibed a little bit with the period – the 1970s was an era of tremendous environmental interest and activism in the United States.

It wasn’t really until the Antarctic ozone hole was discovered that my connections to policy got much stronger, partly because there was so much demand for information about what was going on. I got involved in that from both the numerical modelling and theory point of view, and also went to Antarctica and took some of the first measurements that found chlorofluorocarbons are the cause of the ozone hole. The rest, as they say, is history.

As is often said, Antarctica isn’t a place – it’s an obsession. It’s an astonishing place to visit. It’s such a remote area of the planet and there’s all the amazing history around it, which just adds to the to the tension and the intrigue. To have the ozone hole show up there was exciting to both science and to the public.

We had to literally stand out on the roof. My group measured incoming light from the moon in order to look for chlorine dioxide. Because we had been extremely rushed in going, we didn’t have time to build any automated moon tracking equipment in our first year. We had a mirror on a tripod, and somebody had to stand out there and hold the thing. It’s minus 40 degrees, the wind’s 40 miles an hour – and it was glorious. It was science the way one always dreams of science: you against the elements, trying to figure out something that you know is very important. I think I’m probably the luckiest environmental scientist on the planet.

It was science the way one always dreams of science

The demands for immediacy were hard, particularly with the pressure at that time to design and ratify a protocol to control these gases. But as any good scientist does, you restrain yourself because you know that you have to go through peer review. There’s a difficult tension around what point do you talk about new and important scientific results that have not yet gone through the scrutiny of your colleagues’ criticism. To our credit, the science community’s walked that line pretty well over the years.

The world is becoming a tinderbox. And that raises all sorts of important questions about the chemistry of the smoke products and what the smoke itself does to climate. What the secondary reactions that come from the smoke products do, both to climate and to human health. And of course a significant reason why the fires have become bigger and more intense is global warming. No one can say that any individual fire is definitely caused by global warming because we’d get fires before, but we haven’t had this many, and they haven’t been this big and they haven’t been as frequent. I think it’s just going to get worse. It’s a pretty frightening thing in the dry climates of the world.

We have to really safeguard the integrity of science. There’s lots of inputs to the climate change discussion, because it’s clearly a huge risk for humankind. I don’t think that’s an activist statement. That’s just a factual statement. The problem where you get into activism is, where on the scale of risk are you sitting? That’s where the activists and the denialists probably disagree the most, at least the ones who are rooted in some kind of factual framework.

It’s heartbreaking when I see people suffering with new levels of flooding and rainfall in Central America, for example, and sea level rises in places like Bangladesh and Vietnam, countries that are so incredibly poor, who are essentially having climate change inflicted upon them by our lifestyle. These are my values, not everyone shares them, and as long as I recognise that and state it, I think I’m being honest, and I’m preserving the integrity of science.

I like to photograph birds. I don’t have a life list, but I do know that I’ve seen about 12 of the about 18 species of penguin on the planet. Some of them are very obscure and hard to see. They’re only on certain islands in the Southern Ocean.

I make jewellery from glass and shells I collect from the beaches around Massachusetts. I even have a few pieces from California, and friends of mine send me pieces from South America. It makes for a nice gift when I’m invited somewhere for dinner, a little more personal than a bottle of wine. I usually bring one of those along too.