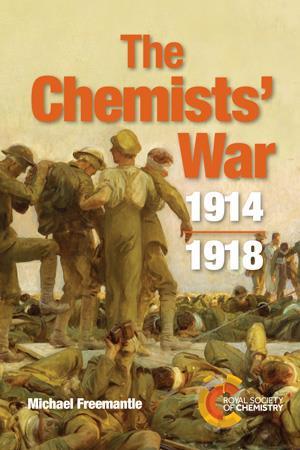 Why, in 1917, did British school children spend their autumns gathering horse chestnuts? And why, in 1915, was the government concerned that it might lose the war due to an insufficiency of whales being slaughtered? (Find the answers to these questions at the bottom of this page.)

Michael Freemantle writes informatively for the general reader rather than the specialist chemist and arranges his material in stand-alone chapters so his book can be dipped into, rather than read from cover to cover. Those possessing his earlier book (Gas! Gas! Quick, boys: how chemistry changed the first world war) may be assured that there is little overlap between the two texts. His 2013 book dealt extensively with the poison gases used in the conflict, whereas the present one concentrates just on mustard gas. Freemantle reiterates the point that for every three soldiers killed by gas, roughly 97 were killed by shells or bullets. He examines in some depth the chemistry behind the explosives, propellants and metals that went into their production. He also deals with ‘chemical protection’ – mainly disinfectants and antiseptics – developed in the war to sterilise wounds in the hope of preventing infection.

Freemantle acknowledges writing The chemists’ war from an English-speaking perspective, because to have incorporated additional continental sources would have resulted in a significantly longer text, possibly to little advantage. Each chapter is well supplied with references for further reading.

At less than £20, the book is good value and I strongly recommend it.