Brazil’s future prosperity depends on training more young scientists, the country’s science minister has told Chemistry World. Sergio Rezende’s comments come weeks after the country announced $21 million to support research projects proposed by researchers who are at the start of their scientific careers.

’The progress level of a country directly depends of the density of scientists in comparison to the total population,’ Rezende told Chemistry World. ’In 2006, for example, 9,400 scientists got their PhD. This figure is very high in comparison to other Latin American countries, but insufficient to support the degree of development planned over the next few years.’

As part of moves to boost opportunities for Brazil’s young scientists, the National Council for Scientific and Technological Development (CNPq) - one of Brazil’s main research funding agencies - launched a new package of grants on 14 March. Scientists awarded PhDs after the year 2000, and with links to both public and private institutions, are eligible but must apply before the 16 May closing date. Researchers in the experimental sciences will be prioritised, the agency says, with a maximum of $290,000 available per three-year-project. Projects in non-experimental areas - such as mathematics, theoretical physicist, humanities and applied social sciences - may be awarded up to $70,000. 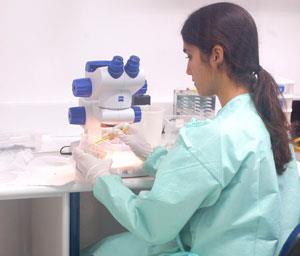 The new programme is part of moves to meet goals outlined in Brazil’s Plan for Action for Science, Technology and Innovation, presented by the country’s president, Luiz In?cio Lula da Silva, on 20 November 2007.

The government also wants to encourage more of Brazil’s scientists to work in industry to boost business innovation. ’We [are] . seeking in this way to change the distribution of scientists in Brazil, [who are] now mostly concentrated in universities and research institutes - in contrast with the situation in developed countries,’ Rezende said.

Speaking on behalf of the Brazilian Chemistry Industry Association (ABIQUIM), Adelaide Antunes, a professor of chemistry at the Federal University of Rio de Janeiro, said recent efforts to boost the numbers studying science Masters and PhDs is benefiting universities and large companies.

’However, small and medium industries have not yet benefited, since they are not aware of such initiatives,’ she said. Antunes believes the government needs to publicise such initiatives more widely.