The global chemical industry had to deal in 2007 with the effects of fluctuating currencies, surging oil prices and a financial crisis in the US. And with some economists warning of a recession in the US, chemical companies may face even greater turbulence in 2008.

Chemicals output went up in Europe during the year - by 2.6 per cent compared with 2.1 per cent in 2006, according to the European Chemical Industry Council (Cefic). But this rise was mainly due to a relatively robust first half. By the beginning of the fourth quarter business confidence in the EU chemicals sector was beginning to wane amidst signs of a slowdown in demand.

In the US, chemical production was relatively flat in the first six months. But it revived in the third quarter as chemical companies began to take advantage of a weak dollar to boost exports - particularly to the rapidly expanding Asian countries, led by China and India. The American Chemistry Council (ACC), the US chemical industry’s trade association, estimates that output in the whole year increased by 1.3 per cent - down from 2.1 per cent growth in 2006. 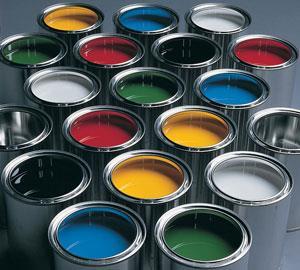 Chemicals production in Japan fell by 1.4 per cent in 2007, according to estimates by consulting firm Oxford Economics, UK. But among the emerging Asian states, output continued to increase steeply with chemicals growth in China climbing to almost 18 per cent and exceeding 12 per cent in India.

The global economy is expected by international agencies to remain relatively robust in 2008. The International Monetary Fund (IMF) has predicted that growth will average 4.8 per cent against 5.2 per cent in 2007, mainly because of the continued resilience of the emerging economies. The economies of the BRIC states - Brazil, Russia, India and China - will grow by 4 per cent, 6.5 per cent, 8.4 per cent and 10 per cent respectively, says the IMF. But growth in chemicals output in the BRIC countries will fall from 15.3 per cent to 12.1 per cent, according to Oxford Economics. In the emerging markets throughout the world it will drop from 14.9 per cent to 11.8 per cent.

Vigorous demand for chemicals in the developing world will help the US industry maintain a vibrant performance in exports, particularly since the dollar is expected to stay low against other major currencies and may even depreciate further in the financial markets. The ACC is forecasting a 2.1 per cent rise in chemicals output in the US in 2008 with exports going up by around 10 per cent to $169 billion (?83 billion), accounting for over a quarter of total production by value.

The floundering dollar has helped the US chemical industry make new inroads into foreign markets, especially in price-sensitive bulk chemicals. In China, producers in the US moved into second position behind Korea as the leading petrochemical importers.

’Exports are now the driving force behind growth in the US chemical sector, especially with the country heading towards a possible recession and a big decline in the housing sector which is a big buyer of chemicals,’ says Kevin Swift, the ACC’s chief economist. In 2007, he expects the US to record a trade surplus in chemicals for the first time since 2001.

’Also our petrochemical exporters have had advantages both with the low dollar and with feedstocks,’ Swift adds. ’Their feedstocks are based mainly on ethane whose prices have not been rising so steeply as those of oil-derived naphtha.’

Demand for chemical exports in Asia - especially China- will also help to lift chemicals production in Japan. Oxford Economics is predicting modest growth of 1.2 per cent in that country’s chemicals sector.

In contrast, Cefic is envisaging a fall in growth in Europe - to 1.9 per cent in chemicals output or 2.3 per cent including the pharmaceuticals sector. The euro reached record highs against the dollar, undermining exports. Meanwhile, oil prices of close to $100 per barrel have hit EU firms harder than their US counterparts. The cost of naphtha, Europe’s main chemical feedstock, has virtually doubled since the end of 2006.

’The profit margins of petrochemical producers peaked in the first quarter of 2007,’ explains Paul Hodges, chairman of International eChem, a London-based consultancy. ’Since then ethylene and bulk polymer prices have not been able to keep up with the rising costs of their raw materials. On the other hand the rising oil prices have helped to keep up demand because downstream converters tend to build up stocks when prices are increasing.’

Commodity chemical producers with production close to the refinery can push up their prices more easily than firms that are downstream - and closer to the end-user, he adds. ’As a result speciality chemical companies have seen their pricing powers get progressively weaker through the year.’

In November, the first signs emerged that even large speciality chemical companies were struggling to raise their prices - in Europe and elsewhere. During that month, Ciba Speciality Chemicals and Clariant, the two leading Swiss-based rivals in the sector, announced their results up to and including the third quarter.

Ciba reported a 4 per cent rise in sales in the third quarter but a 2 per cent drop in operating income.

Clariant’s operating income in the third quarter plummeted from SF48 million (?21 million) in 2006 to SF5 million in 2007. ’We have seen a delay in price increases [and our pricing] efforts were not enough to offset rising raw material costs,’ Jan Secher, Clariant’s chief executive officer told analysts.

The third-quarter results at BASF, the world’s biggest chemicals producer with a portfolio of both commodity and specialty products, showed the contrasting fortunes of the two groups of chemicals. In the first nine months in its chemicals division, which mainly consists of petrochemical-derived bulk chemicals, earnings before interest and tax (EBIT - the equivalent to operating income) more than doubled on a 32 per cent rise in sales. However in its performance products segment, comprising mostly specialty products, EBIT rose only 6 per cent on a 21 per cent increase in sales.

European chemical companies have not yet been severely affected by the rise of the euro against the dollar or other European currencies. ’The strengthening of these currencies has not had much of an impact but it will if the appreciation against the dollar continues for a while,’ says David Thomas, chemicals analyst at Oxford Economics.

In Germany, exports of chemicals outside Europe actually went up by around 10 per cent in the first nine months of the year, according to Germany’s chemical industry association (VCI). ’They have gone down by about 5 per cent in the US and by 2 per cent in Japan, although these decreases were also due to manufacturing trends in the two countries as well as currency effects,’ says Henrik Meinche, the VCI’s senior economist.

However the buoyancy of the euro is beginning to hit the German chemical industry’s major customers. Growth in German manufacturing is forecast to be halved from 6 per cent in 2007 to 3 per cent in 2008.

Trends in oil prices over the next several months could have major ramifications on sales and profits in the chemical industry, especially in Europe. Some analysts were predicting more rises in oil prices after OPEC, which controls over a third of world supplies, decided in early December not to increase output.

’If oil prices increase and look likely to continue to rise, converters and other customers of the industry will buy more chemicals to build up their stocks,’ says Hodges. ’If oil prices start to go down, they will respond as they have done in the past by halting purchases and using up their stocks instead. It will then be an anxious period for the industry.’