Determining sex from a fingerprint

UK scientists have used mass spectroscopy to determine the sex of a perpetrator from the peptides in fingerprints left at a crime scene. 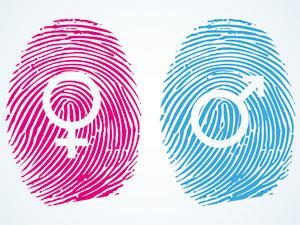 Peptides naturally present in sweat and their relative abundance are distinctive for one sex or the other.

Simona Francese from Sheffield Hallam University explains that peptides naturally present in sweat and their relative abundance are distinctive for one sex or the other. Francese and her team used matrix assisted laser desorption ionisation mass spectrometry to detect the peptides and their relative abundance from fingerprint samples. ‘Results can be obtained in 10 minutes from sample preparation to data acquisition and analysis with 85% accuracy,’ says Francese.

The team is working towards providing investigators with an identikit of the suspect simply from the fingermarks that they have left behind. ‘The chemical information that can be obtained could reveal the suspect’s lifestyle, dietary habits and sex,’ explains Francese. ‘Determining the sex of a suspect from a fingermark is of paramount importance because, in the absence of biological fluids, the evidence does not need to be swabbed for DNA, and thus destroyed, to obtain this information.’

‘The ability to determine the sex of an individual from fingermarks left at crime scenes advances our current understanding of the limits of the forensic usefulness of fingermarks,’ says Raul Sutton, an expert in forensic science from the University of Wolverhampton, UK. However, Sutton points out that a similar level of accuracy (85%) could be found by measuring the ridge density of fingerprints, a process that does not require expensive kit. He adds that the work is a promising preliminary observation that opens up the potential of fingermarks, ‘but it shows that there is still much work to do in order to get the most of fingermark chemical composition’.

‘In response to Sutton's first comment, it must be pointed out that developed fingermarks do not always offer an adequate level of physical detail (ridge pattern),’ says Francese. ‘Therefore, the methodology cited by Sutton is, in those cases, inapplicable. Chemical profiling overcomes this problem and provides crucial information about the criminal, including their sex, narrowing down the pool of suspects and potentially leading to an identification. ’

Francese admits that the method needs testing and improving to make it independent from ethnicity, health conditions and use of medications. However, she says the method could also lead to the use of fingermarks in different scientific areas if they achieve their goals to reveal information about dietary habits, health and pathological state.