Alzheimer’s disease is the most common form of dementia and, as there is no cure, early diagnosis is crucial for treatment to be effective. To this end, UK and US scientists have developed a labelled tracer compound that binds to plaques closely associated with Alzheimer’s disease (AD) so that the plaques can be picked up by a medical imaging technique.

The tracer compound is a [18F]-labelled barbiturate and is used with the imaging technique positron emission tomography (PET). Although other radiolabelled compounds have been used as PET tracers, using [18F]-labelled barbiturates for molecular imaging in AD has distinct advantages, such as good blood-brain barrier crossing ability, metabolic stability and easy accessibility. 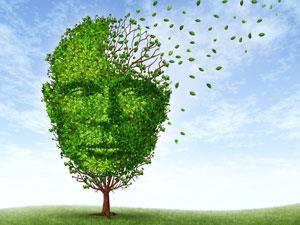 As Alzheimerâ€™s disease advances, symptoms can include confusion, irritability and aggression, and long-term memory loss

Matteo Zanda at the University of Aberdeen and colleagues, in conjunction with Pfizer in the US, developed several fluorinated barbiturate analogues. The key to developing an effective molecular imaging radiotracer is the ability to distinguish between a healthy individual and someone suffering from a neurological disease, such as AD, they say. Barbiturates have a strong capacity for forming structures with biopolymers and are effective metal ion chelators. As such, the team thought that they would bind to AD-related plaques, which consist of the biopolymer ß-amyloid and metal cations, such as Zn(II) and Cu(II).

The team tested the fluorinated barbiturates in healthy mice and mice affected with AD. The results show that the compounds bind to ß-amyloid and Zn, and PET imaging showed particularly intense fluorescence in the plaques of AD-affected mice, which was not present in the healthy group. ‘AD is a major unmet medical need and it is clear that a conceptually new class of diagnostic tools for AD could be a major breakthrough,’ says Zanda.

‘There is a clear need to develop a long lived radiotracer,’ says Sibaprasad Bhattacharyya, an expert in radiolabelled PET tracers at the Frederick National Laboratory for Cancer Research, US. ‘The development of a [18F]-labelled barbiturate as a PET tracer for AD is a very clever and thoughtful approach.’

Zanda’s team is continuing to develop more effective PET tracers for AD diagnosis and is looking to further investigate the exact mechanism by which these tracers work.