European Union negotiators announced on 1 December that they had overcome the final hurdles that were holding up new legislation to control the use of chemicals. 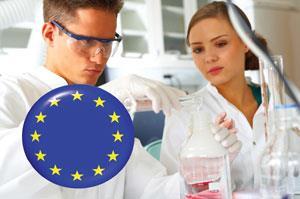 Reach out: new chemical legislation should come into force in June 2007

The breakthrough in late-night discussions between legislators and ministerial officials should clear the way for an EU-wide regulatory regime, known as Reach, to come into force in 2007.

If the latest compromises are approved, as expected, by the European Parliament in a vote scheduled for 13 December, EU ministers can sign the draft into law within weeks. A go-ahead should follow from heads of government at an EU summit on 14-15 December.

A crucial part of the Reach (registration, evaluation and authorisation of chemicals) compromise depends on the ’substitution principle’ - the extent to which the chemicals industry and downstream users should be pressured to discontinue use of hazardous substances and switch to safer alternatives.

In effect, the deal broadly accepts that Europe’s ?265 billion chemicals industry can continue to use between 1500 and 2000 ’substances of high concern’, provided that processes are ’adequately controlled’. Many members of the European Parliament (MEPs) had wanted substitution to be mandatory, but this was opposed by the Netherlands, Poland, and particularly Germany, where a powerful lobbying exercise was led by the chemicals giant BASF.

The European Environmental Bureau - an alliance of NGOs including Greenpeace and Friends of the Earth - attacked the deal, on the grounds that substitution plans will only be submitted when the applicant company itself identifies a safer alternative. This offers ’an incentive for chemicals companies to continue ignoring safer alternatives,’ according to an EEB statement.

But Dutch MEP Ria Oomen-Ruijten, lead negotiator for the European People’s Party, rejected claims that substitution plans will be unenforceable, and said that the compromise will mean ’a further reduction of useless testing’, while the sharing of data on animal testing will help avoid unnecessary duplication.

Fight to the Finnish

The deal comes at the end of Finland’s six-month tenure of the rotating presidency of the Union. As well as winning plaudits for brokering the deal on Reach, Finland will also gain the kudos - and economic benefits - of hosting the European Chemicals Agency (ECHA) in Helsinki. ECHA will handle registration applications and safety data for around 30 000 widely used substances as Reach is phased in over the next 11 years.

Pending final confirmation, it appears that around 17 000 existing substances produced in small quantities will be either exempted or subject to less stringent safety data requirements.

Reach will replace around 40 directives enacted over the past three decades. One of its key goals is to offer greater transparency to the general public, providing easier access to information about chemicals.

Currently, panels of experts advise the European Commission - the EU’s executive arm - on whether certain substances should be restricted. But only 3000 substances have been vetted under current procedures, accounting for less than one per cent by volume of chemicals used in industry.

Industry had also been worried about how commercially-sensitive data, necessary for some applications, would be handled by ECHA. A recommendation that the data should remain confidential for six years, rather than three, was hailed as ’good news for manufacturers’ by Oomen-Ruijten. ’This will prevent years of expensive research becoming worthless,’ she said.

One final bone of contention was whether Reach should include a token declaration that producers and importers have a general duty of care to prevent harm - an issue that had raised legal concerns because of differences in liability laws in EU member states.

The principle will now be included in the declaratory preamble to the regulation, rather than in the body of the legislation itself, which may cause problems for interpretation and enforcement in the future.

Reach is one of the largest EU legal texts ever drafted, running to more than 1000 pages, and its influence will be felt far beyond Europe. As major exporters to the EU, American chemicals firms have taken a close interest in Reach’s progress, not only because of the compliance issues involved but also because Reach rules may influence federal policy at home, or spark transatlantic disputes at the World Trade Organisation.

As British MEP Chris Davies, negotiator for the parliament’s Liberal group, claimed: ’Europe’s model for the control of chemicals is set to become the standard for the world.’