Many European doctoral students are failing to find funding to cover their research, a new survey finds. Of those countries surveyed, on average, only 75 per cent of doctoral science students manage to secure funding. In some countries the figure falls to just half.

The survey, carried out by the European Council for Doctoral Candidates and Junior Researchers (Eurodoc) shows that funding varies widely between countries. In some countries, such as the Netherlands, Belgium and in Scandinavia, around 90 per cent of students have funding for their research. But in other countries, such as Germany, France, Portugal and Spain, this figure drops to around 75-85 per cent, while in Austria only just over half of students receive funding. 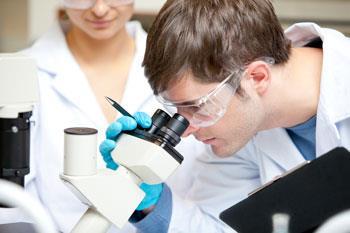 Eurodoc conducted the survey in 2008-09 and analysed the situation of more than 7500 doctoral students in 12 countries (Austria, Belgium, Croatia, Finland, France, Germany, the Netherlands, Norway, Portugal, Slovenia, Spain and Sweden). The students were mostly aged between 26 and 35 years old and typically working in the sciences.

’Some only have funding for two years or less, so they can’t concentrate on their thesis but have to spend their time fundraising for the research,’ says Karoline Hollander, former president of Eurodoc and co-author of the report. ’We have often discussed that it might be like this but now we know.’

Helen Perkins, director of the Society for Research into Higher Education, agrees. ’These findings are in line with our experience of postdoc funding in Europe.’

Responses also show that many students are unclear about whether, or how, they can use the results of their research. For instance, they are unsure what share they might hold in a patent resulting from their work or what would happen if they made discoveries that could be spun off.

About one quarter of the French and Spanish students are not allowed to use data from their thesis for their own purposes, compared to 21 per cent in Slovenia, 18 per cent in Portugal, 12 per cent in Norway and 10 per cent in Germany.

’Uncertainty over IP rights to PhD material is a common problem in the UK as well,’ says Perkins. ’In science subjects it is common for the lead academic to take ownership and for there to be restrictions on personal use of research findings, included in postdoc submissions. In the humanities there’s often greater generosity in granting rights to students.’

The report’s authors hope the survey will prompt discussions about improvements in working conditions for doctoral students and help to identify possible policy solutions. They also hope it might be the first step towards a longer term collaborative project aimed at understanding the situation of doctoral students across Europe.