Funding cuts will 'damage a generation' of science

Peter Agre, AAAS president, speaks out about the impact of slashing research budgets

Cutting research budgets will harm science for an entire generation, the president of the American Association for the Advancement of Science (AAAS) said last week at the society’s annual meeting taking place in San Diego, US. 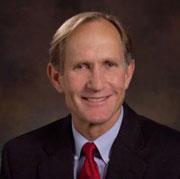 Peter Agre speaks out about the impact of slashing research budgets

Peter Agre, who shared the 2003 Nobel prize for chemistry with Roderick MacKinnon for the discovery of aquaporins, said on 18 February that those cutting funding for science are not only discouraging young scientists but also ’damaging a whole generation of science, not just science next year’.

’When we have booms in scientific funding, young people devote their careers to this, and then we have busts and they can’t pay the rent,’ Agre said during a press conference to the world’s science media. ’Young people are forced sometimes to quit, and when they quit, they’re extinct - they quit forever.’

Several countries, including the US, France, and Germany have announced hefty increases in science funding over the last year despite the harsh economic climate. The UK, however, is facing the prospect of major cuts to its science budget, with hundreds of millions due to be slashed from research and higher education funding. The situation is unlikely to change following the general election later this year, no matter which party emerges victorious.

’In a world of finite resources, more [funding] for one programme means less for another,’ Agre said. ’That said, I think the nations that fund science are investing in the future. Those that cut science are hoping for the best.’

The Royal Society of Chemistry (RSC), one of the many who have voiced their outrage at the cuts to UK science funding, shares Agre’s view. ’We should be investing in UK science to create sustainable employment and rebalance our economy, instead of making damaging cuts which will have no discernable impact on the national debt,’ says the RSC’s Richard Porte.

Nick Dusic, director of Campaign for Science and Engineering in the UK, echoes this sentiment saying: ’in the run up to the general election all the main parties need to say if they are going to make the UK a great place to do science, or damage a generation of scientists with major funding cuts.’

The government’s department for business, innovation and skills (BIS), the unit responsible for science and research in the UK, maintains that despite recent headlines, there is still strong backing and support for science.

’The government is committed to sustained investment in research, with total investment rising to a record level of ?6 billion by 2010/11,’ a BIS spokesperson told Chemistry World. ’The research base this funds is truly world class - second only in the world to US for research quality. UK research remains the most productive and efficient in the G8.’