Under US rules, individuals that file lawsuits against fraudulent companies on behalf of the government are entitled to a share of the settlement, between 15 and 30 per cent. Such suits often run to hundreds of millions of dollars. In October, UK drugmaker GlaxoSmithKline (GSK) agreed to pay $750 million (?480 million) to settle charges related to the manufacture and distribution of its drugs. Of the $436 million that went to the government as part of the civil settlement, Cheryl Eckard received $96 million for blowing the whistle on her former employer.

’The investment community is already looking at those kinds of opportunities,’ says David Desser, managing director of Juris Capital, a US hedge fund that specialises in litigation finance.

The fund would bet on the outcome of the case, he explains, providing the whistleblower with money up front in return for a cut of the pay-out. This offer would be attractive to whistleblowers because such cases concerning the drug industry typically take a long time to process. Eckard, for example, had to wait eight years. Research also suggests that the personal toll on whistleblowers is high, with most encountering financial difficulties, family conflicts and stress as a result of the length of the investigation process.1 The offer of an advance payment from a hedge fund in these cases could help smooth the process and reduce the emotional and financial burden on the whistleblower. 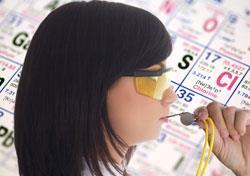 In return, the case could provide a share of a large payout for the hedge fund, and as drug companies generate enormous revenues, failure to pay is unlikely. In addition, legal settlements do not correlate with market movements, which can make them more appealing than other assets, especially when uncertainty in the financial system is high.

The key is visibility: how much can the fund find out about the case? Without a reasonable chance of quantifying the probability of success, the fund manager is unlikely to invest, says Desser. He adds that he would always look to have the smallest stake in any settlement, behind the whistleblower and his or her legal counsel. Putting in more than that could change the incentives.

The GSK case is by no means unusual in the US. Indeed, 90 per cent of healthcare fraud cases are initiated by whistleblowers on behalf of the government. The US Department of Justice says that in the fiscal year ending 30 September 2010 it recovered $2.5 billion through health care fraud cases. $2.3 billion came through the False Claims Act whistleblower provisions, with $385 million going to those blowing the whistle. A landmark $2.3 billion settlement with Pfizer in 2009 represented the largest of its kind to date.

Hedge fund investment in litigation has tended to focus on financial fraud, rather than activities specific to the pharmaceutical industry, says Howard Dorfman, counsel in the life sciences practice at US law firm Ropes & Gray. Hedge fund managers necessarily have a good understanding of tax rules, he says, whereas they may find cases involving the US Food and Drug Administration regulations and the False Claims Act more opaque. In addition, the number of law firms specialising in pharma industry whistleblower cases - and offering contingency fee payment plans - is rising, arguably taking some of the financial risk out of the equation.

Dorfman says that an increase in hedge fund investment would be unlikely to affect the number of people coming forward with whistleblower cases. The high number of cases and the large payouts probably provide enough incentive, independent of what funds might offer them.