Health breakthroughs of the decade 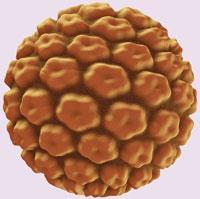 HPV is responsible for most cases of cervical cance

One of the most discussed health advances of the past 10 years has been the so-called cancer vaccines. These products are in fact not cancer but antiviral vaccines - the cervical cancer vaccine has no direct effect on cancer cells, but targets the human papilloma virus (HPV), responsible for most cases of cervical cancer. Gardasil, manufactured by Merck & Co., employs four ’virus-like proteins’ made in the lab to elicit a protective immune response to four HPV types, while Cervarix by GlaxoSmithKline protects against two. All mimic proteins in HPV’s outer coat.

There have also been advances in therapeutic cancer vaccines, which aim to treat cancers that have already been diagnosed. The first of these to receive approval - albeit only in Russia - was Oncophage, marketed by US company Antigenics for the treatment of kidney cancer (see Chemistry World, May 2008, p10). In the UK, Oxford Biomedica is preparing Phase II trials for its prostate cancer vaccine TroVax.

Unfortunately, such treatments will take longer to benefit the world’s poorest nations, where cancer is on the rise and few have access to screening programmes. While oncology is one of the areas that has benefitted hugely from information emerging from the Human Genome Project (see ’Genomic potential’ below), such information will be of less benefit in diseases of poverty like malaria and tuberculosis, because drugs must target infectious agents rather than human genes or proteins. ’I think, to be fair, the diseases of poverty areas are somewhat lagging behind in terms of genetic information,’ says Justin Bryans, director of drug discovery at Medical Research Council Technology (MRCT) in London, UK.

It’s been 10 years since the completion of the draft sequence of the human genome. With its publication came the promise and expectation that in studying those three billion chemical base pairs, medical researchers would divine the cures to a multitude of diseases and genetic conditions. But as Bryans points out, reading the code has turned out to be less of a problem than translating it into information that can be used to develop new therapeutics. ’The human genome has actually taken some time to have an impact on drug discovery, but I think we’re now seeing some significant impacts of that information,’ he says. 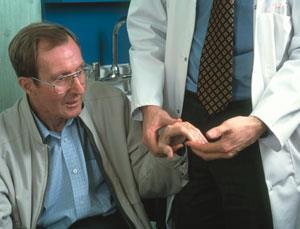 Working with Medical Research Council scientists, MRCT is currently helping to translate genetic information gleaned about Parkinson’s disease into what is potentially the world’s first potent inhibitor of an important protein target in Parkinson’s patients. Leucine-rich repeat kinase 2 (LRRK2) is permanently active in certain Parkinson’s populations due to a mutation in the gene that produces it - thus, shutting down LRRK2 is the aim in these populations. Similarly, testing for the presence of genes involved in cancer, like the Her2  gene, can now tell doctors whether targeted drug therapies will be effective in individual patients.

Getting a hold on heart disease

In 2001, Pfizer’s Lipitor (atorvastatin) became the biggest selling pharmaceutical in history, with millions of people around the world taking the cholesterol-lowering drug. Cardiovascular disease (CVD) in the UK now affects less than two thirds of the people it did a decade ago, and in the US causes only three quarters of the deaths it did in 1995. 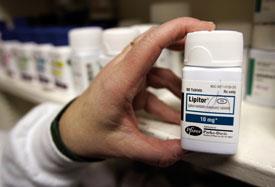 The drugs, it would appear, are working, and although statins such as Lipitor may not be the only reason for the dramatic drop in heart disease, they are certainly key, says Graeme Nixon, a pharmacologist studying CVD at the University of Aberdeen, UK. ’Statins really are the major success story in the recent treatment of cardiovascular disease,’ says Nixon. ’They have had a dramatic effect on mortality rates which, despite them having been prescribed for quite some time, has only recently been appreciated.’ Meanwhile, he adds, tissue plasminogen activator has greatly improved prospects for some stroke patients. The treatment is a modified version of a natural human enzyme that breaks down blood clots. If administered quickly (ideally within 90 minutes), a patient’s chances of a reasonable recovery can double.

Heart disease remains one of theworld’s biggest killers, however, with the major burden falling on developing countries, where, according to the World Health Organization, 80 per cent of deaths from CVD occur.

Conventional small molecule drugs target the active sites of proteins, mimicking chemicals produced naturally by the body to activate or block their activity. Allosteric modulators, by contrast, target anywhere but the active site. Thus far, only a couple have made it to market: Mimpara (cinacalcet), a modulator for the calcium sensing receptor that helps control calcium levels in people with kidney disease, was approved in 2004; and Celsentri (maraviroc), a compound that blocks a key HIV receptor, in 2007. But many more are in development and structurally, there are fewer restrictions on what drugs of this new breed might look like. Thus, the chemical space for drug design is huge. According to Arthur Christopoulos, head of the drug discovery biology laboratory at Monash University in Victoria, Australia, this is the primary reason the pharmaceutical industry has started to adopt a more allosteric approach in the last decade.

A key advantage is the ability to ’fine tune’ the activity of a target. ’You just tune it up if you want it to work better or you dampen it if you don’t want it to work as well, rather than the sledgehammer approach of normal drugs that switch the target on all the time, or block the target all the time,’ explains Christopoulos. This fine tuning, he says, produces a ’more physiological tone’ than conventional drugs. 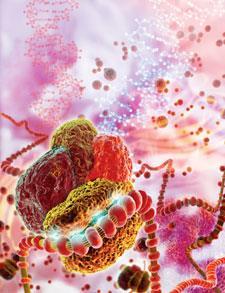 Disease-causing genes can be targeted with RNAi

Of the 20 000 or so genes in the human body, many are disease targets but perhaps less than a quarter can be targeted using conventional methods. This is because most conventional drugs, like small molecules or antibodies, target the gene products - proteins. RNA interference (RNAi), however, uses a completely different approach. ’RNAi is a breakthrough because it does not go after the protein,’ says Klaus Giese, chief scientific officer for the RNAi therapeutics company Silence Therapeutics. ’It stops the protein production in the first place. And because of this, all 20 000 genes are now drug targets.’

The major breakthrough of the noughties came when it was discovered that small lengths (around 20 base pairs) of ’interfering’ ribonucleic acid could be used to dampen the activity of a target gene. Since then, Silence Therapeutics and its competitors have taken a handful of therapeutics into clinical trials, for diseases including cancer, macular degeneration and certain lung diseases.

The biggest hurdles currently, says Giese, are ’delivery, delivery, delivery’ - the therapeutic molecules are large and often unstable - but theoretically, the approach could be used to tackle almost any disease.