Hundreds of millions to be slashed from UK science budget

The news that the UK’s pre-budget report looks to slash ?600 million from funds for science, research and higher education has provoked frustration and anxiety within the science community and funding organisations.

Chancellor Alistair Darling’s pre-budget report, released on 9 December, stated that by 2013, savings of ?600 million would be made from higher education, science and research budgets from a combination of measures, including ’efficiency savings and prioritisation across universities, science and research’. 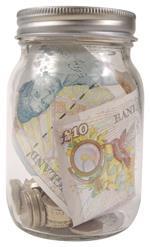 Money is being sucked out of the research pot

The news has been greeted with dismay from the science community, particularly in the wake of repeated statements by the UK government asserting the importance of science and technology to the UK economy.

’This pre-budget report sent mixed signals,’ says Nick Dusic, director of the UK’s Campaign for Science and Engineering (Case).  ’It sends a terrible signal that science, education and skills are seen as a lower priority issue when the government desires to have a more balanced economy that’s needed to pull us out of this recession.’

How the ?600 million in savings will be split between higher education and research is still an ominous unknown, leaving funding bodies hanging until the final figures are revealed at some point over the coming weeks or months.

’We are doing our best to find out how this will affect us, but it is unlikely to be anything that we will find out in the short term,’ Alexandra Saxton of Research Councils UK (RCUK) told Chemistry World. ’We strongly believe that if we’re going to maintain the key position in the global market then we need this public investment in research.’

The research councils’ combined budget is around ?3 billion a year, so while a few hundred million may not seem like a lot, Dusic points out that the full ?600 million ’is the size of the annual operating budget of some of the research councils’, and so represents a sizeable sum.

The Higher Education Funding Council for England (Hefce), which distributes around ?8 billion in funding, will also have to wait to find out how much university support will suffer as a result of the budget cuts. 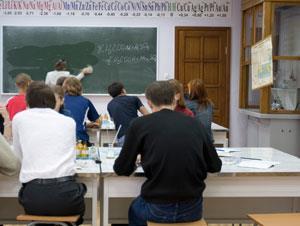 Higher education is set to lose millions in funding

’Ultimately it’s how the impact will be felt by individual universities that matters,’ said Hefce spokesman Philip Walker. ’Some universities are clearly already preparing for potential cuts - they should be making plans now about how to respond.’ What matters now is the details, he says, and whether the secretary of state dictates specifically where cuts should be made or leaves it up to Hefce to make the decision.

’The treasury has put the higher education budget and the science budget into competition,’ says Dusic. ’This is really unfortunate as they should be reinforcing each other rather than having to find ?600 million in cuts between them.’

’In difficult economic times, science and innovation is not a luxury but a necessity for the recovery,’ said president of the Royal Society, Martin Rees. ’In a year where the Obama administration delivered a "stimulus package" for science, it is regrettable that the UK’s competitiveness is being reduced by the lack of an impetus equivalent to what we have seen not only in the US but in China, Germany and Australia as well.’

’The Chancellor at one moment stresses the importance of science and technology science yet within minutes he wields the axe,’ he said. ’This doesn’t make sense and Britain will regret the decision.’

Scientists sought reassurance from the government’s chief scientific adviser, John Beddington, about the future of science in the UK following the news.

’Government has not decided on what proportion of the cuts will fall on the science budget, and what proportion will fall on the higher education budget,’ Beddington said at the Case annual distinguished lecture last night. ’I firmly believe that the way forward is to make certain that we put the absolute maximum amount we possibly can within the constraints of the economy into science and engineering. And that is the continued basis of my advice [to government].’

Dusic believes the developments ’should worry all researchers’ as a potential sign of things to come, and as a signal that a strong case must be made for investment in science in the run up to the elections next May.

This sentiment is echoed by Saxton, who says it is up to the research community to defend their ground. ’We need to work together - across the entire research community, whatever discipline, to make sure that we are making the case for sustained investment in the research base’ she says. ’We can join together and unite our voices. It’s going to be a crowded space.’