Vaccines made in China will now be supplied through United Nations (UN) agencies to developing countries, after recognition from the World Health Organisation (WHO) that China’s State Food and Drug Administration (SFDA) has complied with international standards for vaccine regulation.

’It is a validation of the capability of the Chinese regulatory authority to ensure that vaccines released onto the market are of assured quality,’ says Michael O’Leary, a WHO China representative.

According to the SFDA, China has 36 vaccine producers that collectively produce 49 vaccines for 27 diseases, with an annual output capacity for up to one billion doses, most of which are cheaper than their domestic counterparts. For example, the price approved by China’s National Development and Reform Commission for the combined measles, mumps and rubella (MMR) vaccine, is Yuan20.8 (US$3.2) per dose. This is only one fifth of the price approved by the US Centre for Disease Control and Prevention (CDC).

’The WHO’s approval does not mean that previously China did not have a well regulated vaccine industry. It is mainly a precondition to enter the international market,’ says Liang Xiaofeng, director of the national vaccination office at the China CDC. 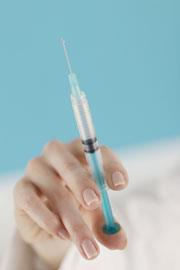 To Liang and his colleagues, the acknowledgement may reduce public mistrust of domestic vaccines after widespread reports of several vaccine related scandals and accidents, which have posed a serious challenge to China’s national vaccination campaign.

In March 2010, the problematic vaccine logistic system in Shanxi Province was blamed for causing the sickness and deaths of more than 100 children. Though the government denied the link, public confidence has been seriously eroded, and together with reports of sub-standard rabies vaccines in May 2010, there was less compliance from the public in a nationwide vaccination campaign to eliminate measles in September 2010.

’The WHO approval will help domestic vaccines to regain public trust, benefiting the industry,’ says Liu Peicheng, a spokesperson of Beijing Sinovac, which has developed the world’s first vaccines for SARS (Severe Acute Respiratory Syndrome) and the H1N1 strain of influenza. The acknowledgement on China’s regulatory system is a precondition that could lead to the UN purchasing individual vaccines from Chinese vaccine makers. For this to occur, the manufacturers have to pass the approval for China’s new version of GMP (Good Manufacturing Practice) for the Chinese pharmaceutical industry that was released at the end of February.

’As well as the new GMP, the acknowledgement and the subsequent approval of individual vaccines will certainly help strengthen our industry,’ Liu tells Chemistry World.