Search for ’SAFC’ on a well known internet search engine, and the number one hit is Sunderland AFC (Association Football Club), a football club in the UK premier league. The chemical company that goes by the name isn’t even on the first page of hits. But company president Gilles Cottier isn’t too worried. He points out that SAFC’s parent company, Sigma Aldrich, has one of the most recognisable names in chemistry, thanks in large part to its iconic catalogue of reagents, which can be found in every laboratory in the world. 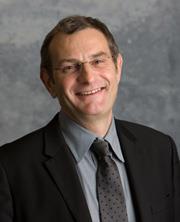 That name - and crucially the enviable reputation associated with it - could become increasingly important as Cottier tries to achieve a new target. He wants SAFC to hit $1 billion (?644 million) in sales by 2015, an ambitious target given that the company made $650 million in sales in 2010. The key to SAFC’s success in this regard will be fewer suppliers, as Cottier puts it ’vendor consolidation’. SAFC is one of many contract manufacturing organisations (CMOs) supplying the pharma industry, and clearly the company backs itself to become one of the winners in a less crowded market. But such consolidation, Cottier says, would benefit the pharma industry as a whole.

Pharma companies want lower prices from their suppliers, but Cottier says that suppliers can only offer this with greater commitment on chemical volumes. The answer is to work with fewer suppliers. On top of that, the regulatory burden on drug makers is high, and becoming higher all the time, leading to a burgeoning number of expensive audits. Reduce the number of suppliers, and you reduce the number of audits, saving money without compromising quality. But what about competitive pricing? Doesn’t the high number of CMOs keep prices low? It’s an illusion, says Cottier. Dealing with so many suppliers introduces too much inefficiency.

Despite the problems, Cottier is convinced he’s in the right business. ’The industry is under tremendous pressure,’ he says. ’But I think it is still over the long run a very good industry to be in. Why? Because our customers are making money. They’re still making 20 per cent operating income more or less. How many industries are doing this? ’ In addition, the world’s population is growing, people are living longer and people are becoming wealthier in emerging market countries, such as China. These factors will ensure healthcare remains a growth industry, Cottier says.

To meet growing demand, SAFC plans to grow its capacity.  ’We want to follow our customers,’ says Cottier. Transport is a significant expense in most industries, but lots of chemical products are particularly difficult to transport because they are hazardous or they degrade quickly. The added complexities increase cost, so in most instances it is best for a CMO set up camp where the costumers are. China is one place where demand is growing rapidly. Furthermore, in China a chemical company can benefit from relatively low labour costs. Or at least it could until recently. Now, the news is that labour costs are starting to creep up. This is something to consider, says Cottier. But it’s only part of the picture. ’What about process improvement? Becoming more efficient as we do elsewhere?’ The key is to serve the growing market, he says. ’If you just have a cost strategy in China, especially in our space, in the long run, you’re not going to succeed. You need to go there because of the market.’