A Japanese chemist who was to become the first ever female president of the International Union of Pure and Applied Chemistry (Iupac), and only the second ever president from Japan, has pulled out after admitting that she misused government money. 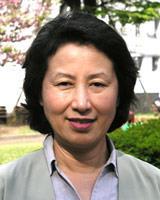 Kazuko Matsumoto quit her position as vice president of Iupac after an investigative committee at Waseda University, Tokyo, Japan, where she is professor in the faculty of science and engineering, concluded that she had misappropriated research funds between 2001 and 2003.

The committee has already established that money was inappropriately used for students’ expenses, said Sasaki Hiroyasu at the university’s public relations office. But he would not confirm reports in Japanese newspapers that the sums involved topped  ?10 million (?48 000).

The committee is continuing to investigate other alleged financial irregularities, along with claims that she falsified data in students’ theses, which the committee says will take longer to investigate. The accusations come from many sources, including former students, said Hiroyasu.

Chemistry World  has also learned that Matsumoto’s offer to resign from the university, made on 27 June, has not been accepted because her employers are considering a formal disciplinary dismissal.

’There are certain things that are necessary for student activities, but you cannot directly provide them with your government funds,’ said Matsumoto. ’It’s not only me: several other [researchers] do something similar, because for certain lab activities such funding is necessary.’

Matsumoto has already resigned from advisory positions outside the university, including membership of the advisory councils of Kyoto University and Tokyo Technical University, and advisor to the Japanese government’s council for science and technology policy.

Last week, the Chemical Society of Japan asked Matsumoto to resign her position as vice president of Iupac, only six months into a two-year term. She became vice president and president elect of Iupac on 1 January 2006, and would have become, in 2008, its first woman president since Iupac was founded in 1919.

’Matsumoto has informed Iupac that, for personal reasons, she is resigning as vice president with immediate effect,’ said Iupac executive director John Jost. ’The Iupac Bureau will discuss this matter at its regular meeting on 7-8 October in Madrid, Spain. There will be separate elections for incoming president (2008-9) and vice president at the council meeting in Turin in August 2007,’ Jost told Chemistry World.

The news came as a shock to Iupac member Lars Elding, professor emeritus of inorganic chemistry at Lund University, Sweden. ’Her science was excellent,’ he said. Japan had made ’a very strong case’ for having a Japanese chemist in the top position at Iupac, he added, and predicted that there will be widespread disappointment over her resignation.