A treatment for cocaine abuse could be on the horizon 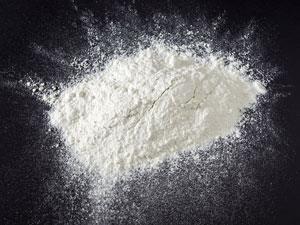 A treatment for cocaine abuse could be on the horizon

An enzyme modified to hydrolyse cocaine 1000 faster than it did before could form the basis of the first medicinal treatment for cocaine addiction. Not only can the enzyme swiftly chop cocaine into inactive metabolites but modification of the enzyme has not affected its selectivity towards other natural substrates.

Cocaine is one of the most widely used illegal drugs in the world. Unlike many other commonly abused substances, there are no proven medications available to treat cocaine addition. The health consequences of cocaine abuse are severe and addicts can cause significant societal problems. Finding an addiction treatment is therefore of the utmost importance.

Chang-Guo Zhan and co-workers at the University of Kentucky in Lexington, US, have designed what they see as the ideal solution to this problem – an enzyme that accelerates the natural metabolic pathway of cocaine in the body to produce biologically inactive substances that can pass out of the body quickly and safely.

Butyrylcholinesterase (BChE) is central to the natural metabolism of cocaine but normally breaks it down slowly. Through a combination of computer modelling and experimental analysis, a series of BChE mutants were successfully made and tested as cocaine hydrolases. The best mutant demonstrated a hydrolysis activity 1000 times faster than wild BChE. In this most recent study, Zhan demonstrates that the mutants were not only effective, but also selective towards natural cocaine over a series of other substrates including the essential neurotransmitter acetylcholine. In fact, the mutants had even lower catalytic activities toward the substrates studied than wild BChE, further increasing their suitability as a potential medication.

Robert Rittenhouse, an expert in the computational study of enzymes at Central Washington University in Ellensburg, US, says this is ‘one of the best demonstrations of what can be accomplished with the right combination of cutting edge computational methods’. In addition, he believes that ‘this work has profound implications for the field of cocaine-abuse therapy’.

So an effective treatment for cocaine addiction looks promising, with one of the BChE mutants already undergoing double blind human trials in the pharmaceutical sector.