The EU's massive Reach scheme for the registration, evaluation and authorisation of chemicals passed its first milestone

The EU’s massive Reach scheme for the registration, evaluation and authorisation of chemicals passed its first milestone at midnight on 1 December 2008, when the pre-registration process closed. 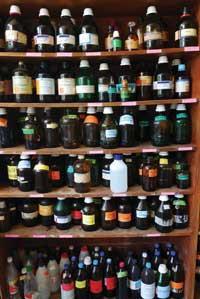 Any chemical not pre-registered under the legislation before this deadline cannot be sold on the European market after 1 January 2009, no matter where it is made.

The Helsinki-based European Chemicals Agency (ECHA), the body responsible for administering Reach, says it successfully handled a late rush of submissions. The process required companies to give brief details of each of the chemicals they may market, with data on the manufacturer or importer.

Reach covers all chemicals with an output of over 1 tonne or more introduced into the EU market before 1981 (when a more rigorous approval method was enforced). The idea is to subsume a hotchpotch of different directives under more up-to-date testing requirements. The number of chemicals affected was originally estimated to total around 30,000.

The European Commission, to which ECHA is accountable, had originally estimated at the beginning of the six- month pre-registration process in June that there would be around 180,000-200,000 pre-registrations. This turned out to be a massive underestimate. A week after the pre-registration deadline the number had reached 2.6 million with the final total likely to be much higher because of the quantity of submissions still needing to be sorted.

Because of the underestimate ECHA had been faced with the prospect of having to deal with large numbers of late submissions, averaging around 200,000 a day. It even drew up a backup plan which would enable companies to bypass its Reach-IT computer system for the process by sending information by email.

’Half of the submissions arrived during the last three weeks,’ says an ECHA spokesman. ’ECHA received about fifteen times more pre-registrations than expected,’ he added. ’This was mainly caused by several companies submitting all existing substances and taking the precaution to double pre-registrations of the same substance in their supply chain.’

BASF, the world’s largest chemicals company with a portfolio of around 8000 products, submitted around 40,000 pre-registrations, mainly for similar products both produced in Europe and reimported from non-EU countries. Speciality chemicals distributor Azelis pre-registered more than 100,000 chemicals to make sure that no mixtures of substances could be banned.

The immediate difficulties will be to ensure that pre-registrants have been placed in the right SIEFs, and sorting out whether different companies have registered their substances correctly. With some SIEFs thought to contain more than 2000 members, some splitting up may be in order. After that, collaboration between SIEF members begins, with companies expected to share safety data such as animal toxicity tests. Companies will also have the right to opt out of sharing some chemical data on the grounds of confidentiality.

Have any companies missed out the next stage by failing to pre-register in time? ECHA is uncertain. ’It is extremely difficult to know if all companies have fulfilled their (pre-registration) obligations,’ the spokesman says.

Around 66,000 companies manufacturing or importing chemicals in the EU plus Iceland, Liechtenstein and Norway made pre-registrations. Around a third of these - or 22,000 - were in the UK, even though it accounts for only 12 percent of chemicals output in the EU.

Around 60 per cent of substance pre-registrations were from three countries - Germany, the UK and France - raising speculation that there could be a relatively large number of companies which have not pre-registered their chemicals.

’I would not be surprised if some companies continue to sell products after 1 December which have not been pre-registered,’ says Peter Newport, director of the Chemical Business Association (CBA), representing UK chemical distributors. ’It will depend on the quality and quantity of the enforcement of the rules. There will be some authorities who will turn a blind eye.’