Researchers have estimated that the direct cost of an investigation into a case of scientific misconduct is $525,000 (?341,000). 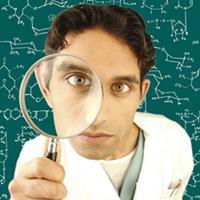 A group from the Roswell Park Cancer Institute in New York has developed a model that estimates the monetary costs of scientific misconduct cases. The calculations take into account the cost of an inquiry panel, analysis of lab books and computer data, the withdrawal of grants and the relocation of innocent staff from an affected group. The paper also describes meta-analysis of surveys published last year, which showed that approximately 2 per cent of respondents admitted to scientific misconduct and 14 per cent reported knowledge of such behaviour by their colleagues.

In the last reporting year, the Office of Research Integrity received reports of 217 cases of alleged misconduct in the US. According to this new model, the direct cost of investigating these would exceed $110 million.

Arthur Michalek led the research primarily as an academic study but hopes his work will encourage institutions to provide a better understanding of academic misconduct for their staff. ’Institutions may not prioritise funding for training [in this area] or may even want to avoid the issue completely,’ he says.

University of Basel chemist Andreas Pfaltz chaired the investigating committee into the recent allegations of data falsification made against Peter Chen of the Swiss Federal Institute of Technology (ETH) in Zurich. Pfaltz does not see the advantage of estimating the monetary costs of academic misconduct. ’Most of the costs discussed in this paper are virtual costs and I do not think that $525,000 is a realistic estimate. I don’t see the benefit of doing such a cost estimate - what counts the most is the scientific damage caused by fraud.’

In the case of Peter Chen, the actual costs of the investigation were low but if one translates the time spent by the people involved in the investigation into salary costs, it adds up to vast sums. But the financial consequences aside, Pfaltz believes that dealing with academic misconduct is the obligation of the academic community. ’Such an investigation belongs to the duties of an academic job, just like reviewing grant applications and papers,’ he says.