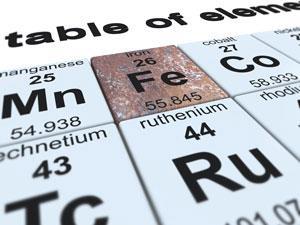 An international team of chemists has reported a clean and green way to perform one of the most important industrial reactions for pharmaceutical and petrochemical synthesis.

Platinum group metals are currently the catalysts of choice for hydrogenations due to their high activity. However, they are also expensive, toxic and very rare. Now, in a joint project between McGill University, Canada, and the RIKEN Institute, Japan, a polymer supported iron catalyst has demonstrated excellent performance as a hydrogenation catalyst in the most environmentally-friendly of reaction mediums – water.

Iron is abundant and far less toxic than the precious metal catalysts currently used, but its use in industry is limited by it rusting in the presence of oxygen and water. ‘When rusted, iron nanoparticles stop acting as hydrogenation catalysts,’ explains project leader Audrey Moores from McGill University. ‘The system we report solves this limitation and makes iron active in water.’ Amphiphilic polymers, developed by Yasuhiro Uozumi at the RIKEN Institute, are used to protect the iron catalyst from being deactivated by water while still allowing reactants to reach the catalyst's active site.

After overcoming some synthetic difficulties involving the use of toxic iron pentacarbonyl, the team showed that their robust catalyst was tolerant to water and could be viewed as a realistic competitor to the platinum series metals. ‘The authors demonstrate that the catalyst can be used in a flow system with little leaching, allowing for continuous hydrogenation at the multi-gram scale,’ says Jianliang Xiao, a catalysis expert at the University of Liverpool, UK. ‘As it stands now, the catalytic activity is still low; that said, the study presents an excellent example of green chemistry in practice – total atom-economic reduction in flow with an inexpensive and safe iron catalyst.’

Future work from the team will focus on developing and understanding the protective power of the polymer. ‘We are also interested in developing this catalyst for other industrially relevant reactions,’ says Moores.