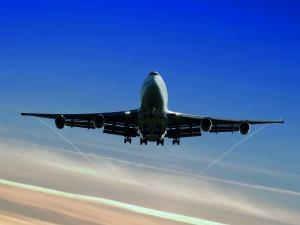 The costs and benefits of introducing ultra-low sulfur fuel for aviation have been weighed up in a new study, and there are unexpected pros and cons. Modelling showed that desulfurising jet fuel would improve air quality, preventing between 1000 and 4000 deaths globally each year. It would cost the global aviation industry $1-4 billion (£0.63-2.5 billion) per year - ¢2-7 per gallon of jet fuel - which equates to an increase in the cost of jet fuel of around 2%.

But the study also pointed to climate downsides: desulfurising fuel would reduce the formation of cooling sulfate particles, which currently offset some global warming. 'Overall, desulfurising jet fuel would reduce aviation's impact on public health by perhaps a quarter, but may increase its climate impact by about a tenth,' notes lead author Steven Barrett of the Department of Aeronautics and Astronautics at the Massachusetts Institute of Technology (MIT), US. 'If you compare the costs and the benefits they come out as being broadly even in our analysis.'

The European Aviation Safety Agency (EASA) and the US Federal Aviation Administration (FAA) have recently sponsored studies into ultra-low sulfur jet fuel standard (15ppm), or ULSJ, and the FAA wants to half aviation's serious health impacts by 2018, relative to a 2005 baseline. Ground transportation and shipping have already been required to reduce sulfur emissions, which has cut atmospheric sulfur oxides (SOx).

The public health benefits of ULSJ are down to its lower SOx emissions, Barrett says. The process of removing sulfur from fuel, however, takes energy and creates CO2. 'We estimated that desulfurising jet fuel would increase lifecycle CO2 emissions by 2%,' says Barrett. 'The hydrogen sulfide produced from desulfurisation is converted to elemental sulfur or sulfuric acid, which there is a market for.'

Currently, hydrodesulfurisation (HDS) is the gold standard for removing sulfur from fuels. 'Every operating refinery in the world uses hydrodesulfurisation,' says Michael Timko, a chemical engineer at MIT, 'a process which uses hydrogen, high pressure, reasonably high temperature and a catalyst to chemically reduce the sulfur content of a fuel, which is bound up in a variety of organosulfur compounds and converted into hydrosulfide.' There are problems with this approach, though. As the sulfur content rises, hydrogen pressure must rise too. Residence times need to increase too, which means production is slower and more energy intensive, he adds.

The study assumed that sulfur would be removed by the process of HDS. 'There might be a cheaper or more environmentally friendly way of desulfurising fuel that would change this significantly,' Barrett says. 'But this provides a reference case of how things are today.' Novel processes for removing sulfur include the use of reactive adsorbents, usually transition metals supported on base oxides such as zinc oxide; oxidative desulfurisation, where aromatic sulfur species are transformed to sulphone species, then removed in a second step; and the use of sorbents such as zeolites and active carbon.

However, refineries prefer to use HDS to remove sulfur, Timko says, 'and only consider other options as a fall back'. Arno De Clerk at the University of Alberta, who has 15 years industrial experience in refining, agrees: 'Refineries tend to be very conservative beasts. They would prefer going with standard technology.'

'If they are forced to go to a low sulfur specification on jet fuel, they will push the kerosene through their distillate hydrotreaters,' says De Clerk, though in many cases refineries already produce low sulfur fuels. However, some refineries which do not hydrotreat and employ only sweetening technology to change the nature of the sulfur compounds in the end product may find it more expensive to adjust.

Barrett acknowledges that there are uncertainties in the published model and putting a value on reducing each death is not straightforward. 'That varies by country depending on the income level of people in different countries,' he points out. 'Ultimately a decision on something like this has to take in many more factors than just adding up the monetised lives saved and subtracting the costs of implementing it.'

De Klerk has doubts about 'modelling that looks at simple explanations for very complex phenomenon,' such as climate change. 'The removal of sulfur in general is a good thing. We have removed the sulfur from all other fuel types for road transportation and there is no reason why we shouldn't remove it from jet fuel,' he says. 'But in terms of cost-benefit, I don't know.'

Certainly modelling for health effects and climate impacts is anything but straightforward. Mark Jacobson, an atmospheric scientist at Stanford University, US, has also looked at ultra-low diesel. Jacobson's group's model showed that aircraft sulfates actually contributed to warming. 'Namely, because sulfate coats black carbon particles in aircraft exhaust, increasing the warming due to black carbon, the reduction in sulfate reduces the coating, cooling the climate relative to higher sulfur content in jet fuel.' Barrett also pointed to this possible effect as an uncertainty in his model.

Jacobson's group agrees that low sulfur jet fuel should reduce local concentrations of SOx at ground level, but believes most of these effects will be due to emission changes near airports and after takeoff, rather than emissions from cruise altitude. 'Having said all this, this study is important for identifying several important issues relevant to the effects of aircraft on climate and human health,' Jacobson adds.