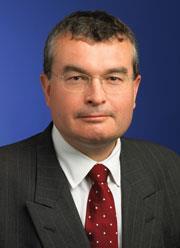 Managing a research lab in the public sector can seem a bit like trying to run the London marathon in a 130lb antique diving suit - something you would surely only do for charity. So why do government labs have to operate with so many unnecessary constraints?

In a recent report for the think tank CentreForum,1 we compared 17 current and former government labs. Using a case study approach, we found that the main differences in performance between them were financial and organisational rather than scientific.

Some of the privatised organisations have grown strongly and profitably since privatisation. A key factor in their success was removing a raft of operating constraints that still hamper the performance of the government labs. We identified eight public sector constraints, including slow government decision making, high overheads, a risk averse culture not focused on customers, and a lack of access to capital.

A tale of two labs

LGC, formerly the Laboratory of the Government Chemist, was privatised in 1996. After an initial period of consolidation, process and culture change to remove public sector constraints, LGC saw its revenues and profitability increase by over 800%, with staff numbers rising from 270 to over 1400.

LGC found the early years tough as a more commercial culture was developed. During this time, it was important to continue to invest LGC’s own funds in R&D in areas of high growth potential, such as genomics, and then to leverage shareholder and bank capital to make strategic acquisitions. Wide employee shareholding was also an important factor.

One senior LGC scientist told us that LGC has developed a ’more focused approach to getting the outputs that customers want. People don’t go off at tangents to work on things they happen to find interesting. That doesn’t mean we won’t fund tangential ideas, but we’ll think about it carefully first’.

Contrast this with the Forensic Science Service (FSS), which remained a government lab. FSS has had a significant impact on the investigation of crime, including the development of forensic DNA analysis. But it will be closed down in 2012 because it couldn’t operate under the burden of government operating constraints.

As long ago as 2003, FSS management told the McFarland Review that they felt constrained by having to operate in the public sector. McFarland recommended privatisation. The Home Office agreed, but unfortunately the privatisation process, although started, was never completed.

This had disastrous consequences. Decision making was slow, there were reviews, and scrutiny followed scrutiny. A scientist closely involved commented that ’civil servants have no ability to make a commercial risk assessment, so they want coverage of everything,’ which contributed to severe delays. Moreover, the overhead structure of FSS was unviable in the new market conditions, with too many people and high employment costs. The amount of restructuring and cultural change required to deliver necessary efficiencies was underestimated, we were told, while market forecasts for forensic services were overly optimistic.

After making significant losses, the decision has been made to close FSS, and the plan is that its workload will be absorbed by the existing market of providers, including LGC.

These are just two of the 17 labs we studied. We concluded that, in addition to having fewer operating constraints than their public sector counterparts, privatised labs were particularly effective in employing technology transfer at the heart of their business models to drive profitable growth and increase employment.

We think there is the potential to free more government labs from public sector operating constraints to get better value and save money. The UK still spends ?1.3 billion on 10 publicly owned and operated labs employing 14,000 people, so there could be significant opportunities for better value. But let’s be clear. We are not saying ’privatise in all cases’. Some labs may need to continue to be owned and perhaps operated by government. But the automatic presumption that public ownership and operation are best clearly needs to change. And we are definitely not saying that the government should fund less research. On the contrary, we point to examples, such as in civil nuclear energy, where there may be a significant gap.

However, given the squeeze on public spending - and the desire to promote technology transfer and innovation to help economic growth - now is definitely the moment to reopen the question of whether more government funded labs could operate better with greater private sector involvement.

Imagine how much better it would feel, for the numerous scientists still working in government labs, to run their scientific marathons without the unnecessary burden of public sector operating constraints.

Quentin Maxwell-Jackson was a partner at KPMG until June 2011, where he led the public services consulting, central government advisory and consumer and industrial markets practices