From the blurb for this new text, I expected a student-friendly book 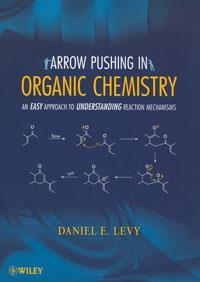 From the blurb for this new text, I expected a student-friendly book that would be a real help to beginners trying to get to grips with writing curly arrow mechanisms, but sadly I was disappointed. There are several problems, the most serious one being the poor and often incorrect drawing of the actual curly arrows; the defect being that the arrow head does not point to the final destination of the electron pair. Other modern textbooks do a much better job (eg Organic chemistry  by J Clayden et al).

The style of writing in the book is also a problem, in that it is dated and not appropriate to the current generation of students. The text often introduces outdated concepts in explanations, and it jumps around between topics and does not start at the beginning of anything. For example, the five-page section entitled Definition of arrow pushing  starts by talking about some named reactions, goes through Lewis structures, lone pairs, cleavage reactions, concerted mechanisms and pericyclic reactions before it eventually reaches a definition in the last paragraph, and even then the definition is poor. Other definitions are suspect; for example consider: ’carbocations are positively charged carbon ions’ (a much better definition from elsewhere is ’a carbocation is an ion in which a positive charge resides on a carbon atom’). Detailed explanations are given for simple points, but more difficult ones are skipped over.

The one good feature of the book is the collection of problems with solutions, and lecturers may like to make use of these.

In conclusion, I would most definitely not recommend this book to students - they might like to try Pushing electrons  by Daniel Weeks instead.