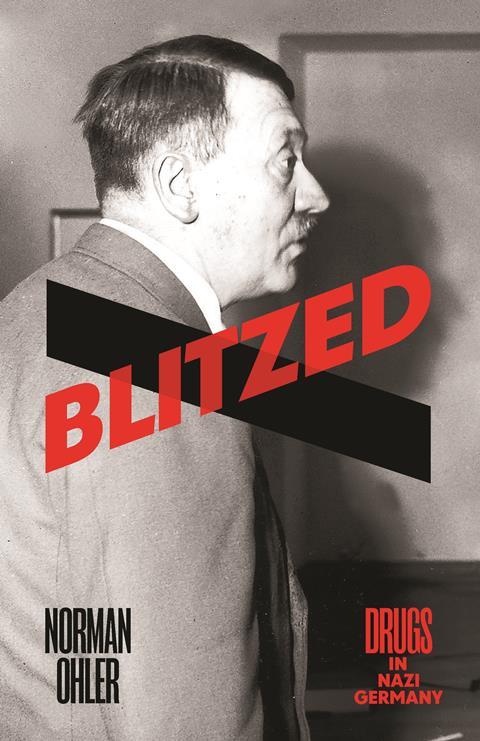 I would not have expected my favourite book of the year to be a book about Adolf Hitler. But Blitzed: drugs in Nazi Germany makes a compelling and morbidly fascinating read. There were times when I genuinely could not put it down.

I am not particularly into military history, but here the events of the second world war are explored from a completely new perspective. It was a time when hard drugs were routinely used and abused by the general population, the military and, most intriguingly, by Hitler himself. Through meticulous research, author Normal Ohler has unpicked the way this may have influenced events during a disturbing period of history.

In 1930s Germany, pharmaceutical company Temmler developed a new wonder drug – something to take the edge off the stresses and strains of everyday life, to give energy to the tired labourer, the overworked secretary or put-upon housewife. We now call that substance methamphetamine, or crystal meth, and it is an illegal class A drug. But back then, marketed under the brand name Pervitin, it was as easy to get hold of as coffee, and its use was almost as widespread.

As the second world war began to unfold, Pervitin found its way into military rations – tens of millions of pills were supplied to the German army to help exhausted soldiers stay awake for days on end as they romped through France during the blitz and kept the battle going on all fronts.

Later came cocaine-infused chewing gum – trialled on concentration camp prisoners forced to literally march until they dropped – intended to keep the operators of one-man U-boats ‘alert’ as they carried out long and ultimately useless missions to target larger ships.

The book also details Hitler’s relationship with his personal physician, Theodor Morell, who kept the Führer on a complicated daily routine of intravenous injections. These initially contained innocent remedies: glucose or vitamins to give a short-term pick-me-up. As the years progressed, there came more dubious-sounding hormone preparations made from rancid animal organs, and finally the hard stuff: meth, cocaine and Eukodal (oxycodone) – a highly addictive heroin-like semisynthetic opioid.

In the search for evidence about the little-studied issue of Hitler’s drug dependence, Ohler has combed through piles of forgotten archive documents and made a genuine contribution to second world war history. His account is brought to life through the many letters, diaries and medical records that have finally been uncovered.