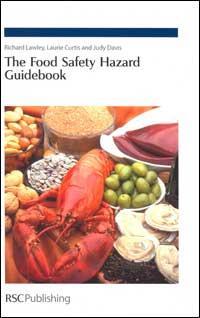 Contaminants or natural ingredients that might compromise food safety are both numerous and varied. Specialist detailed texts have been written on many, but there are fewer that look at a range of hazards.

This 400-page textbook is broad in its scope - covering biological hazards (all the main bacteria and viruses are discussed, as are protozoa, nematodes and prions) and chemical hazards. The latter section includes biological toxins such as mycotoxins, the many shellfish-derived poisoning toxins and plant toxins such as glycoalkaloids and lectins, and chemicals of non-biological origin, from acrylamide and benzene to environmental and veterinary contaminants.

There is a separate section on the major allergens as well as a chapter on food safety legislation. The only types of hazard notably absent are physical hazards - such as glass and metal contaminants.

The breadth of coverage inevitably means that each subject can only be given a relatively superficial treatment - typically 3-5 pages per topic. It also means that there is unlikely to be anything startlingly novel in what is presented.

This is not a criticism, however, as the book clearly states that it has attempted to ’distil the key facts about a wide range of individual food safety hazards into a single text’. It is likely to be of most use to SMEs or personnel in larger organisations who need to have a broad understanding of what hazards are likely to be encountered. The controls suggested for each of the hazards are very general and would usually require more expert advice to put them into practice - but sources of further information are given at the back of the book.

In summary, this is a very useful reference book - and although it will not on its own enable food companies to deal with any particular hazard, it could well be a starting point from which one could build up a library of information.