Festival of the spoken nerd: just for graphs 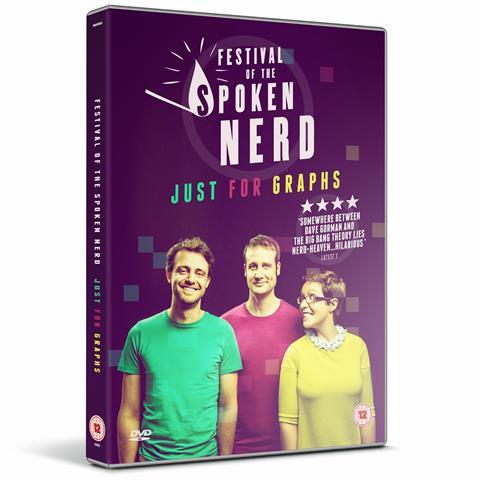 Are you someone who has always felt that stand-up comedy talks too much about everyday life and the state of society, but not enough about hardcore fundamental science? If so, you may want to read on…

Festival of the spoken nerd is a group of three science comedy and outreach performers. Through live stage shows, they explain and demonstrate scientific and mathematical concepts in an entertaining and easy-to-understand manner, peppered with jokes and pop culture references. In Just for graphs the trio walk us through visual representations of data, ranging from the familiar, such as Venn diagrams, to the obscure like Chladni figures as well as the downright bizarre (one formula in particular was rather delightful).

Each ‘nerd’ takes it in turn to talk about a topic or to sing a song, with each bringing their own strengths to the performance. Steve Mould’s speciality is practical demonstrations, while Matt Parker is the most accomplished stand-up comedian and Helen Arney’s musical numbers inject an extra dimension of liveliness into the show (her lullaby for the Philae space probe is really rather sweet). Thanks to their individual talents, variability and obvious enthusiasm for their subjects, they successfully dress up what could otherwise be a drab subject.

Surprisingly, however, it’s the chemistry between the three that lets them down at times. While any one member has centre stage, the others interject from the sidelines, laughing at each other’s obviously scripted quips, which can appear fake and slightly cringeworthy. There can also be a little too much self-deprecation about their own material, which at best is unnecessary and at worst comes across as a lack of confidence.

Like the sound waves that Mould showcases at the beginning, there are peaks and troughs to the show (the parabolic curve segment was particularly weak). Saying that, most of the experiments are fun and interesting, although the plethora of scientific in-jokes means you may struggle to relate to this if you don’t already have a scientific background.

Just for graphs takes something that most of us consider entirely mundane and tries to make us fall in love with it. It’s a hard subject to sell, but the spoken nerds do a good job of it for the most part. Ultimately, however, as with all stand-up shows, there’s a je ne sais quoi that is lost in the transfer from live performance to recording. I would recommend seeing them live if you get the chance, you’re not going to miss too much if you don’t get the DVD. It’s a solid viewing, but not off the charts. Pi (and a bit) stars out of five.