How bonds are formed

Because chemistry is in its essence about the making and breaking of chemical bonds, it is hardly surprising that many generations of chemists have been fascinated by the process of bond formation. Indeed, since the discovery of the existence of subatomic particles, a major goal for chemists has been to determine precisely how an individual atom changes its identity when it becomes locked into a molecular structure. 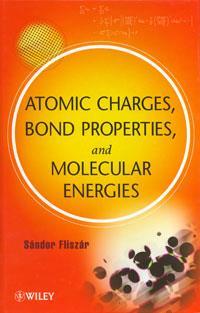 It has long been known that only the outer part of the atom is affected by bonding, that is to say the electronic cloud surrounding the nucleus changes while the nucleus itself remains virtually untouched. How can we get to grips with the changes that occur and gain some sort of picture of what is happening? Since we cannot see electrons there is no direct way of doing this, though there are two indirect and mutually complementary ways of achieving this goal. One is experimental and involves the imaging of electron density and the other is theoretical and based on quantum-chemical calculations.

Although the work under review here focuses solely on the second of these approaches, it rather surprisingly presents us with no images of electronic distributions. Instead, it seeks to exploit approximate quantum chemistry to enable predictions of the physicochemical properties of molecules to be made. It explains in some detail how a variety of quantum-chemical parameters can be derived and then inserted into old-fashioned additivity formulas to yield a number of molecular properties such as enthalpies, heats of atomisation and bond dissociation energies.

The calculations are performed on several series of closely related molecules, such as the alkanes, alkenes, amines, alcohols, ethers, aldehydes and ketones. The results obtained are generally good and probably about the best one can expect from the use of such methods, the author claiming that his results are of ’chemical accuracy’. Helpfully, all of the appropriately tweaked working formulas used in the text are collated in an appendix.

But to describe the whole approach of this book as ’groundbreaking’ is clearly an exaggeration. In fact what is offered here is no more than an updated version of methods that have been in use since Hermann Kopp first introduced them in the 1840s.