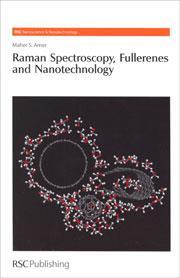 The rear cover says this book contains ’a section introducing nanotechnology to the public in simple, non-scientific terms’. And the book does deliver, for the first few pages.

The general public will undoubtedly be quickly left behind, however, as it moves into a serious appraisal of the physical effects at the nanoscale and how they differ to those at the macroscale.

The author proffers a guiding hand through an equitable balance of Raman spectroscopy and its application to fullerenes and other carbon nanomaterials and will be useful for the undergraduate student and post-doctoral researcher alike, where the content is broken into palatable and intensely referenced sections.

The Raman symmetry modes are often a difficult concept to relay in 2D picture form and occasionally it does read a little like a Rubik’s Cube solution. Furthermore, the Raman dispersion effect is missing elucidation of the underlying mechanism; only the resulting spectra are provided.

A few points stand out in contrast to the majority of the text. For example, the question of whether carbon nanotubes are actually dissolved in dimethylformamide solution, especially for multi-walled carbon nanotubes, and referring to oneself in the first and third person, not to mention obtaining permission to use material from oneself, do foster certain existential curiosities.

This is too detailed nitpicking, but then what else does one do at the nanoscale? Overall, I find that Amer has achieved excellence in his execution of an enjoyable book.