Scientifica Historica: How the World’s Great Science Books Chart the History of Knowledge 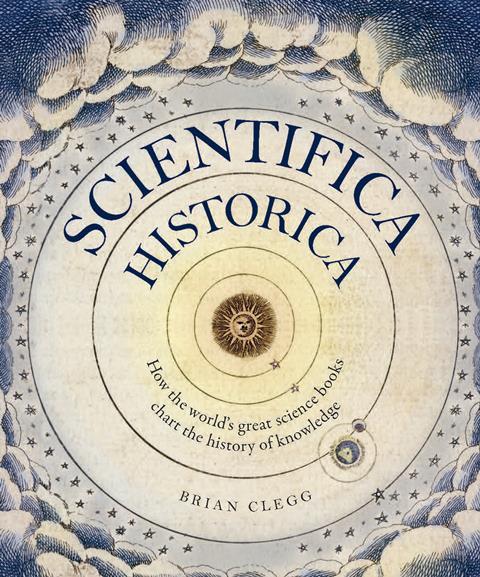 In science, written communication is crucial and indeed often the catalyst for scientific development. In Scientifica Historica, veteran science communicator Brian Clegg showcases the some of the greatest scientific theories and experiments ever to be recorded.

In essence, this is a book about books – that was the premise as I picked it up, drawn in by its large format and beautiful illustrations. Never judge a book by its cover, but here the cover certainly attracted my attention. An illustration of the Earth’s orbit around the sun, while not as accurate as we now understand, was a phenomenally astounding discovery that was first convincingly explained by Mikolaj Kopernik or Nicolaus Copernicus in the 16th century. It sets the scene very well for the content of the book.

As a huge fan of images in books and particularly scientific texts, I find the almost overzealous use of images brilliant for making the text accessible. Using glorious, well-sized and high quality images, Clegg presents the story of science; from ancient cuneiform tablets to medieval handwritten books, the printing press right up to modern day academic texts and popular science. Along the way, Clegg highlights the key texts (or their surviving references) that changed the course of scientific thinking.

As a student, I often bemoaned the lack of a history of chemistry module at university, envious of my friends studying mathematics. However, Clegg shows that no one scientific achievement is in isolation, whatever the discipline and so history of science is made all the more enjoyable. He also shines light on the often challenging truth that such theories, results and importantly their dissemination presented – from Copernicus’ contradiction of accepted religious doctrine, Stephen Hawking’s popular origins of the universe, to evidence of humanity’s most damaging traits in Rachel Carson’s Silent Spring.

While this is a rather weighty and large book (not for bedtime reading), Scientifica Historica would make a splendid gift to anyone interested in science and how it all started. Clegg also provides a list of the 150 greatest science books, particularly useful if you would like to expand your own reading.