Stalin and the scientists: a history of triumph and tragedy 1905–1953 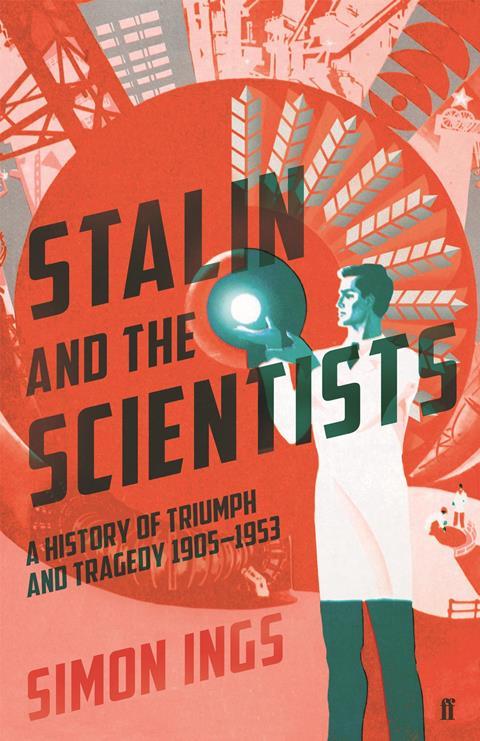 In Stalin and the scientists, Simon Ings tells the somewhat depressing story of scientific life in the Soviet Union from the 1917 revolution to the mid-1950s. Science was seen as an ally of the communist cause and as such was patronised by Russia’s political elite, including Stalin. Consequently, by the end of the period covered by the book, the Soviet Union ran the largest scientific enterprise in history.

There was plenty to concern science in communist Russia: famine, drought, soil exhaustion, war, widespread alcoholism, epidemics and a life expectancy of 30. Some significant successes were achieved but in most ways, Soviet science lagged behind its western counterpart. The main reason, of course, was Stalin himself. He believed that science should serve the state and that what mattered most in scientists was obedience. Scientists paid a heavy price for this patronage, with individuals sacked from their institutes, imprisoned in gulags and murdered in their hundreds.

Life sciences suffered particularly, partly because so much was required of them, because of their potential to contribute to medicine and agriculture. In 1946–7, for example, there was a massive famine in which two million people died. What was needed was agricultural research to improve crop yields. What they got was Trofim Lysenko.

A bizarre opportunist who lacked a doctorate, Lysenko rose to be the leader of agricultural research in the Soviet Union, with his own institute in the Lenin Hills. But he rejected Mendelian genetics, claiming it was pseudo-scientific and fascist in origin. He believed in the Lamarckian concept of acquired characteristics and the journal he edited, Agrobiology, contained several obviously fraudulent reports of species transmuting under environmental pressures, for example wheat into rye and cabbages into swede.

Lysenko held sway for decades, but by 1965 it was impossible to ignore the damage he had done to agriculture in the USSR. In that year his power was removed, his journal closed down and proper genetics research restarted.

The book is well researched and tells an important story. The insight it gives to the travails of science in the Soviet era are a reminder of how fragile the progress of science can be, and how the wider political world can impact on its progress.