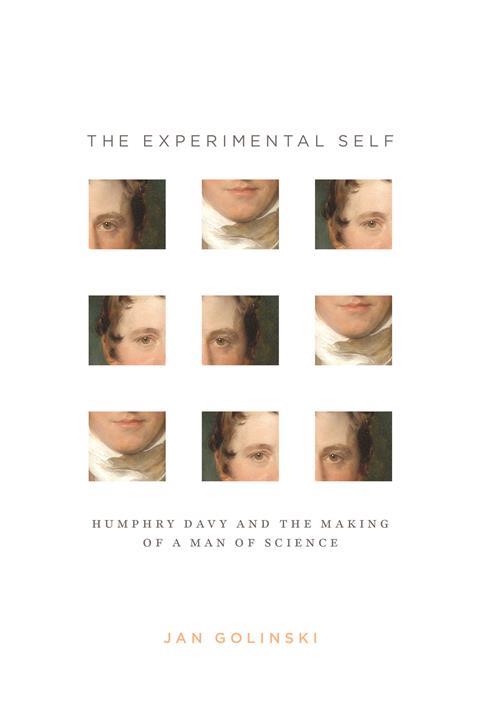 Humphry Davy remains famous for his pioneering work on isolating sodium, potassium, calcium and strontium, as well as discovering chlorine. To the modern eye, Davy was a scientist. But at the beginning of the 19th century, there was no such thing. There was no science profession and there were very few formal institutions where science was done. Opportunities for employment in science were few and far between. Even the word ‘scientist’ did not exist – it was not coined until 1833, by which time Davy was dead.

So, as Jan Golinski asks in his opening sentence: How did someone become a scientist before there was such a thing? The experimental self is an attempt to provide an answer. It does so by seeing how Davy might have perceived himself through a number of different personas. These are the enthusiast, the genius, the dandy, the discoverer, the philosopher and the traveller. Each aspect is covered in an individual chapter and, such was the way Davy’s personality developed throughout his life, these character traits represent a more-or-less chronological sequence.

So, though not a conventional biography, this book does take us neatly through Davy’s life. The book begins when Davy is a young man, fresh from Penzance and an apprenticeship at an apothecary, starting work at Beddoes’ Medical Pneumatic Institution in Bristol. It takes us through Davy’s time in London, where he worked on isolating certain elements for the first time, and culminates in his tenure as Royal Society president, along with his later travels in Europe.

The book presents Davy as a somewhat fragmented and, at times, contradictory figure. In many ways he was a self-made man, rising from humble origins to a position of considerable importance in society. But he had needed the patronage of wealthy aristocratic men to do so, and for both these features he was roundly condemned by the Tory press of his day.

Davy did not regard himself as a professional, even though he was paid for his work in Bristol and in London. To him, the professional classes meant the lower middle class anonymity of medicine, and he saw himself as more successful than that. Also, despite his own difficulties in securing funds for his work, he did not support the efforts of the rising generation to obtain government funding for science. Nor did he support the emergence of science as a profession.

Golinski has written a lively account of Davy’s life and preoccupations, and shown us the varying roles Davy played as his life unfolded. This book is of interest not only to historians of chemistry, but to all who view science as a human pursuit. Altogether, it is highly recommended.