The Intelligence Trap: Why Smart People Do Stupid Things and How to Make Wiser Decisions 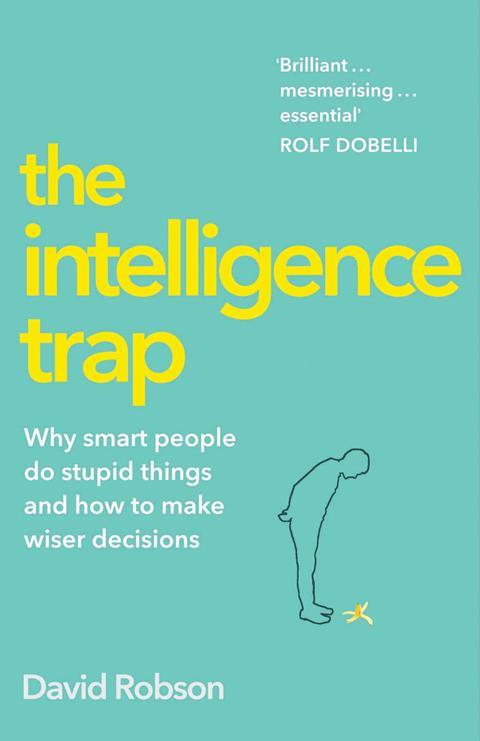 Many of us have started to come to terms with the idea that we have some unconscious biases. Perhaps your employer sent you on a course. But we scientists are bright people. We’re better than the average person at being rational, right? Well, David Robson has some bad news for you in The Intelligence Trap. You, dear reader, are not so smart. People who are intelligent are actually significantly more at risk from certain kinds of biases in their judgement. You might expect Nobel prizes to correlate positively with rational thinking, but Robson illustrates several examples to the contrary. There’s even a word for the significant mismatch between intelligence and rationality: dysrationalia.

But what to do? None of us like being told we’re not as clever as we thought, and a book with the tagline ‘why smart people do stupid things’ could easily become unenjoyable to read. The illustrations of human ignorance that Robson uses are not always comfortable or low-stakes subjects. The groupthink that contributed to the Deepwater Horizon oil spill and the loss of herd immunity to measles due to unfounded beliefs about vaccines have already led to significant loss of life.

Robson carefully and skilfully uses these unsettling examples to build an urgent and compelling case for self-reflection, and as a result The Intelligence Trap offers hope to the reader. Robson achieves this through presenting an impressively researched evidence base, from which he goes on to offer practical suggestions to modify your own behaviour. The kicker? He follows his own advice in his writing. My copy is already a little dog-eared, heavily highlighted and has a lot of sticky notes attached to it. I have started trying to apply Benjamin Franklin’s moral compass to my decision-making. You, and everyone you work with, need to read this book.