The Second Kind of Impossible: The Extraordinary Quest for a New Form of Matter 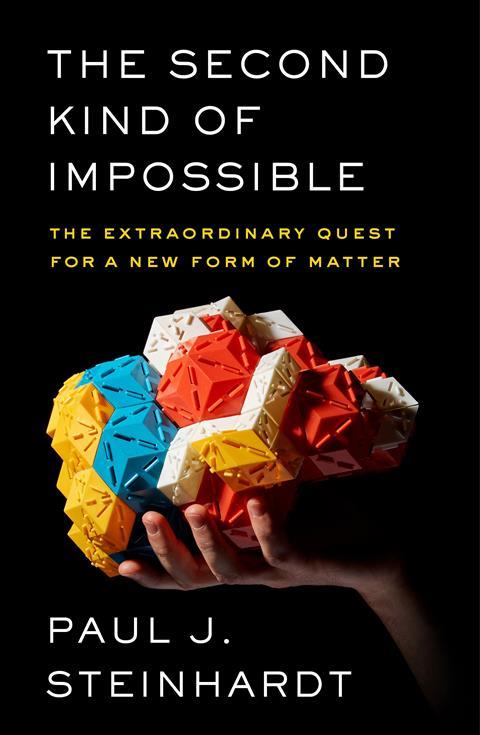 When a scientist says the word ‘impossible’ they are usually referring to something that would violate the fundamental laws of the universe. But occasionally the scientific community decides something is impossible based on assumptions repeated so frequently they are taken to be fact. Paul Steinhardt refers to these ideas as ‘the second kind of impossible’ – something that is not really impossible at all, that could actually occur under circumstances that haven’t been considered properly. His book focuses on one particular example of this, his own personal quest to first prove the existence of, and then find, quasicrystals. Quasicrystals are a kind of crystalline matter that violate the universally accepted definition of a crystal, and therefore possess types of symmetry that were thought not to occur in any material.

The book is divided into three sections that align with the three distinct stages of an investigation that has spanned Steinhardt’s whole scientific career. The first considers and explains the theoretical proof for quasicrystals, the second outlines the extensive search for natural quasicrystals in museums all over the world, and the third details an expedition to the remote Kamchatka region of Russia to try and find natural quasicrystals.

The first section introduces many of the rules of crystallography within the first chapter and then dives straight into explaining how quasicrystals might exist in violation of these rules. This quickly breezes past the level of a first-year undergraduate crystallography course, and moves onto fairly complex mathematics. It’s difficult to understand even for someone with a knowledge of crystallography, so I think this opening would make the book intimidating to a more casual reader.

The book really comes into its own in the latter two-thirds, where the focus is less the proof of concept, and more the tale of a few scientists’ struggle to find undisputable evidence for their theory. Any scientist with research experience will identify with Steinhardt and his collaborator’s heartache at having accidentally destroyed part of a crucial sample, and I found myself really rooting for his team, and feeling their pain when lead after lead yielded dead ends.

Overall, this is a compelling story of scientific investigation, detailing the journey of an idea from nascence to final conclusion. However, in his determination to be true to the science, Steinhardt has written a book that is one part textbook and two parts adventure, muddying the waters of what would otherwise be a very human account of trying to overcome the impossible