X and Why: The rules of attraction: why gender still matters 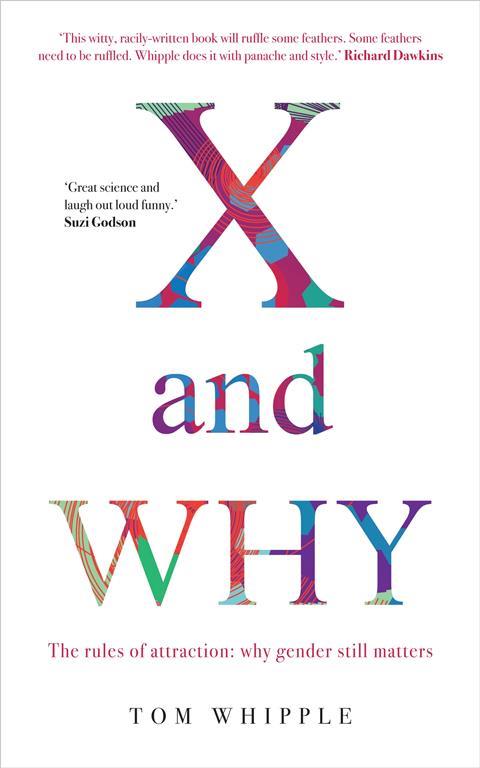 A book claiming to address why gender still matters is making big promises. In a rapidly changing gender landscape, X and Why sets out to explain the unescapable role gender has in our lives. With chapters named after ancient gods, the book begins with an exploration of the differing roles of women and men in relationships, before moving on to touch on promiscuity, homosexuality and transgenderism. Considering the effects of both nature and nurture, Whipple explores established and emerging research, to make the case that gender still has its place in our lives.

Readers expecting a critical essay on gender will be disappointed – this is firmly a book about sex, with gender taking a back seat once you make it past the first chapter. So much so that I began to think that ‘Sex and Why’ may have been a better title. The book is at its most entertaining when Whipple is writing about experiences he had during the course of researching it – a bemusing trip to an ‘orgasmic meditation’ class, or an awkward chat at a sex party. Some of these stories are very funny, and beautifully capture the awkwardness of some sexual encounters. The author skilfully uses these set pieces to lead into discussion of relevant scientific research. However, while the work featured is interesting in itself, the writing lacks the spark that Whipple has when he recounts his own experiences. The studies often serve to confuse proceedings rather than adding clarity. This could well be a by-product of uncertainty in the field, but feels frustrating to deal with as a reader.

For those who are bemused by the currently changing gender landscape, this book may be a comfortable read with its heterosexual, cisgender worldview. However, there are wasted opportunities for valuable discussion, especially about transgenderism. The chapter on this focuses almost exclusively on the male-to-female transition, and goes straight for the most controversial research in a way that feels sensationalist.

The tone of this book makes it pleasant enough to read, with some funny moments. But it failed to tell me why gender still matters. When dealing with something so topical and complex, it’s not enough to string together some interesting stories about sex and call it a day. Frustratingly, this book skirts around the big issues, and readers hoping for thought-provoking discussion about the blurring of gender lines will be disappointed.