The many lives of Sarah Everts 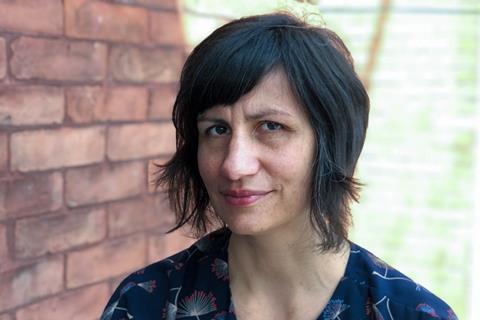 When Sarah Everts was a biophysics undergraduate at the University of Guelph in Canada, she noticed a pattern. Every summer, she would start her lab project with oodles of enthusiasm only to see some of it wane towards its completion. ‘It wasn’t that I didn’t like it,’ Everts recalls. ‘I was just ready for a new project.’

She faced a similar dilemma during her chemistry master’s programme at the University of British Columbia, Canada. During this period, Everts decided to try writing – and found she loved it. She began contributing a science column to the graduate student magazine at the institution, and after finishing college did contract science writing and grant writing. She then worked in broadcast news and acquired a master’s degree in journalism. ‘It was not so much a eureka moment that I realised science journalism was my jam,’ she says. ‘It was more a slow realisation that I loved science, but I had a short attention span for research.’

In 2006, Everts started a full-time position with the American magazine Chemical & Engineering News (C&EN), which sent Everts to Berlin, Germany, in 2007 to cover science and technology across Europe. She stayed there until 2018. ‘It was a wonderful experience to learn a new language and navigate a new system,’ Everts recalls.

While it’s not necessary to have a scientific background to be a good science journalist, Everts says her chemistry and physics roots have certainly been helpful, particularly with reporting on new research. ‘It’s just that much easier for me to get the gist of the paper – I can kind of parse the jargon, perhaps more than someone who doesn’t have the same background,’ she says.

Everts states that a good journalist needs to think about what the public find important and need to know about an issue – something she’s focused on since the start of her writing career. Around the time she pursued her chemistry master’s degree, there was a lot of misinformation about issues such as stem cell research, genetically modified organisms and the Human Genome Project. ‘I just really felt like I wanted to contribute to making science more accessible and understandable to the public,’ says Everts. ‘There’s a very important role for explaining science in a way that the public can understand so that they can make decisions and and help drive policy in an intelligent way.’

Since January 2019, Everts has been the CTV chair in digital science journalism at Carleton University in Ottawa, Canada. Making the switch to teaching from the deadline-driven world of journalism was a serendipitous experience for Everts, who was still enjoying life in Berlin when she heard about the opportunity. ‘It just seemed like just an incredible position and I knew it’s something I would love to do,’ says Everts, pointing to the fact that there are so few academic positions for teaching science journalism.

While she really enjoys teaching, she sometimes misses chasing deadlines. ‘One misses everything that one doesn’t have,’ Everts says. ‘But on the other hand, it’s really nice to also have the mental bandwidth to be able to work on larger projects,’ such as a forthcoming book on the science, culture and history of sweat.

Journalism is a rapidly evolving field, and it can be hard to break into it, but Everts offers some suggestions to those who are willing to give it a shot. ‘I sometimes talk with science students who fantasise about doing journalism, but don’t actually consume a lot of it,’ she says. She recommends students seek out many different kinds of journalism to get a sense of the kind of stories that get published and how journalists structure their stories for various formats and different types of media – print, online, radio, television or YouTube. Everts also emphasises the importance of learning to use new platforms, such as TikTok. ‘See how you can deliver science journalism in those new technology formats,’ she says, adding that it’s the early adopters – whether journalists or influencers – who figure out how to get a large audience.

She also urges aspiring journalists to write – a lot. For example, they could volunteer for their college magazine and cover on-campus research or write for the institution’s press office. ‘You need to see whether you actually like writing,’ says Everts. ‘It’s very different from doing science. Writing on deadline is fun for some people and not at all for others.’

Everts feels she has been quite fortunate to have such a varied career. ‘I’ve really had the opportunity to try a lot of different kinds of work – from working in a lab, staying up all night waiting on an experiment, being stressed about reproducibility and then being up all night writing an article, or being able to travel to beautiful places and write about important but also challenging topics,’ she says.