A new ERA for European science? 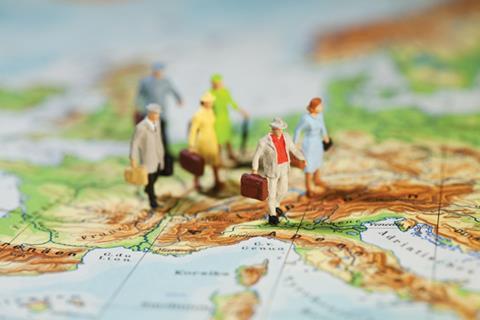 Stints abroad are career-critical for scientists, but there are still barriers to free movement of the research workforce

Despite being unable to see the point of studying French at school, today Ian Sims is one of the few British-born professors working in France. To win his University of Rennes role in 2003, the physical chemist had to navigate an alien recruitment system. ‘To be a candidate for a professorial position you had to pass an initial screening,’ Sims explains. ‘That only happens once a year, before posts are advertised.’ Sims only learned about that requirement thanks to colleagues he met when he was a postdoc in Rennes a decade earlier. ‘That definitely required help on the ground,’ he adds.

Sims’ experience came shortly after the European commission’s proposal for the European Research Area (ERA) in 2000, which it hoped would remove barriers like those faced by Sims and give scientists greater mobility in Europe. The EU Research Framework Programmes that provide project funding across the continent have since supported the ERA’s creation. Yet by 2012, the commission was still demanding an ‘open labour market for researchers’. Now, 15 years after the ERA was first conceived, many researchers are indeed enjoying the freedoms it envisioned – yet significant barriers remain.

Overall, the ERA’s 2014 report ranks France as nearer to Switzerland, the most open recruitment system, than Latvia, the least open. Sims underlines, for example, that the French National Centre for Scientific Research (CNRS) system has long welcomed scientists from across the world for pure research. And although CNRS researchers work in university labs, they receive individual funding that follows them to whichever lab will take them. ‘But posts like that are very difficult and competitive to get,’ Sims observes.

Sims says the situation for more conventional university jobs might now be easier because French universities have more direct control over their budgets and hiring. Nevertheless, applicants must still pass a national screening procedure before even knowing there’s a post to go for. Later in their careers, to move to another French university researchers must find someone with an equivalent position willing to swap, something Sims calls ‘almost impossible’. 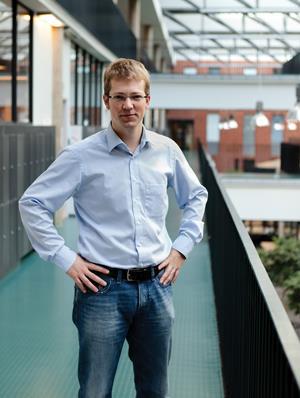 Peter Liljeroth took his funding with him when he moved from the Netherlands to Finland.

The ERA is trying to make navigating such national peculiarities simpler. The Euraxess website, perhaps the most tangible step yet taken to enable an open scientific labour market, supposedly supplies advice like Sims had to rely on his colleagues for. It also provides a free, continent-wide search for jobs, fellowships and funding opportunities.

Nevertheless, the commission admits that countries that lack openness and transparency are still a particular challenge to the ERA’s mobility ambitions. A website alone doesn’t resolve the issue, stresses Matteo Razzanelli, senior policy officer at Science Europe, an association representing 52 research-funding and -performing organisations from 27 countries. ‘Euraxess does not necessarily make recruitment processes more transparent,’ he points out.

To mobilise scientists, the commission has also looked at how to make it easier to move funding between countries. Supporting this, Science Europe has asked its member organisations to sign letters of intent to implement the ‘money follows researcher’ scheme. ‘Starting in a new country is easier for scientists if they are able to bring along their own funds,’ says Razzanelli. ‘Under this agreement, researchers take the remainder of their national grants with them [to be] completed at the new institution within the original terms and objectives.’

You can take it with you

Portable funding’s importance is emphasised by nanoscale microscopist Peter Liljeroth’s experience. In 2006, as an assistant professor at Utrecht University, he gained a personal five-year ‘Vidi’ grant from the Netherlands Organisation for Scientific Research (NWO). Then in 2010 he left, following his wife to Finland, but keeping his research grant, before getting his current professorship at Aalto University.

Liljeroth admits to being surprised by the NWO’s acceptance of his move. ‘I had prepared for intense negotiations, but the response was “Best of luck”,’ he says. ‘I did have some scientifically sound reasons. I was visiting a top-ranking lab. And now, the [NWO] can list as positives several papers in collaboration with Utrecht University and a Vidi grantee getting a full professorship.’

The biggest hurdle to the move, according to Liljeroth, was finding two jobs in the same place. However, his family has also become entangled in complications over social security and pensions, resulting from combined PhDs, postdocs and jobs spanning seven European countries and the US. Such issues remain serious problems for border-hopping journeymen researchers. 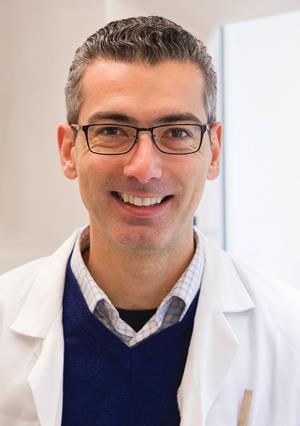 After stints in Greece and Spain, Michael Terzidis followed the funding to end up in the UK

Sims also highlights this problem for scientists later in their career. The pension he accrued at the University of Birmingham remains frozen, impossible to integrate with his French civil servant’s pension. ‘I was maybe naive and didn’t think too much about it,’ Sims admits. ‘If I were moving now I’m 51 that would be a much bigger question.’ In recognition of this problem, the commission has established a pan-European supplementary pension scheme for researchers called Resaver, due to start in 2015.

Despite the barriers and the risks of future fiscal frustration, young researchers feel that these early-career travels are an essential part of the job. Michael Terzidis is now a UK Engineering and Physical Sciences Research Council fellow using lasers in flow photochemistry at University College London and the University of Surrey. After doing his PhD at the University of Thessaloniki in Greece, short spells abroad launched him into the mobile workforce.

Terzidis has benefited from mechanisms designed to help build the ERA, namely the pan-European funding scheme Cooperation in Science and Technology (COST) and the Marie Curie Intra-European fellowship. His first three-and-a-half month COST mission at the National Research Council (CNR) in Italy led to a Marie Curie fellowship in the same lab in 2011. ‘The initial short period was the first and crucial step the two year fellowship proposal was based on,’ the chemist explains.

Money from the European Regional Development Fund is also helping give young scientists experience in other countries. One collaboration, called Innovative Synthesis, Culture and Entrepreneurship in Chemistry (ISCE-Chem), involved eight institutions in the UK and France. As a master’s student working on organic chemistry at the University of Caen in 2012, Majdouline Roudias heard about the unusual opportunity ISCE-Chem placements offered in the UK. ‘It’s easier to find placements in France, and then people do a PhD in the same city,’ she observes. ‘They normally stay in their comfort zone.’

Roudias’ placement meant she could apply a method she’d been working on in Caen to a total synthesis project in David Harrowven’s University of Southampton group. She’s now in the final year of a PhD with Harrowven, funded under ISCE-Chem’s successor scheme, A-I Chem. After finishing her thesis Roudias hopes to continue on to a postdoc, also outside France. 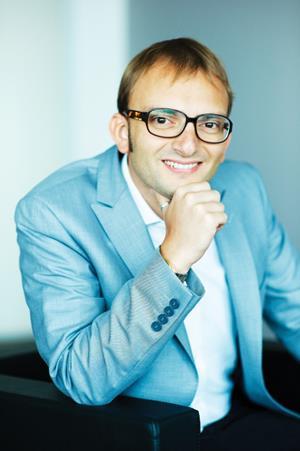 But while mobility can be good for the individual, it’s not necessarily good for countries if the flow of workers only goes one way. For example, Terzidis explains that it was easier to find a post to follow on from his Marie Curie fellowship in the UK than Greece or Italy. ‘The socio-economic crisis slows any re-organisation towards innovation in southern European countries,’ he says.

This is one of Razzanelli’s major issues with ERA. ‘It is important to Science Europe that the ERA becomes a space for brain circulation, not brain drain,’ he says. ‘Policies should ensure that measures that foster flows of people, funding and knowledge are balanced by measures of capacity building. This is necessary to avoid concentration in few high-achieving locations, while lower-achievement ones are gradually drained of resources.’

Another significant concern for Science Europe is mobility between economic sectors. ‘This problem is particularly urgent, because the majority of young Europeans being trained as researchers will not spend their career in academia,’ Razzanelli warns. ‘At the same time, Europe has a relative scarcity of researchers in the private sector compared to other continents.’

Such ‘fundamental questions’ are ‘off radar or only timidly considered’, he continues. ‘However, it is these questions that determine the long-term sustainability of the ERA project. We need to make sure that the ERA strengthens the research base everywhere in Europe and that capacity gaps are closed, not increased.’