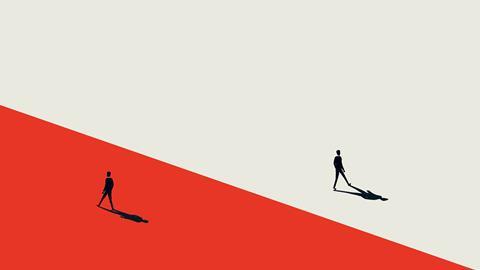 Decisions don’t have to be permanent

When I announced to a senior researcher in my PhD department that I’d been offered a job as an editor, they warned me to think carefully before accepting it. Was I certain I wanted to leave academic research? Because, they said, returning to academia even after a couple of years away would prove almost impossible.

This wasn’t enough to put me off – I’d already firmly decided that the challenges of a research career did not appeal to me. But I’ve since learned that the advice was wrong anyway. I now know several people who have returned to academic positions after a few years in a different industry. While switching careers may not always have been easy for them, the skills they gained outside of the lab have been valuable for their research.

The attitude that you can’t reverse a major decision is unhelpful. The only way to know for sure if you’d benefit from a change is to experience it; knowing there’s a fallback option if things don’t work out can give you the confidence to start exploring your options. (And non-standard career paths where people move back and forth between different industries should be more celebrated anyway for the diversity of skills, experiences and attitudes they bring to a workplace.)

That said, fixating on the possibility of returning to a previous situation can also hamper change. Consider conferences. As Kit Chapman highlights, virtual conferences have many benefits, from lower environmental impact to allowing a greater diversity of attendees. But they only gained mainstream popularity after pandemic restrictions prevented in-person events. Now as many people resume gathering and travelling, there are calls for in-person events to become the default again – the main argument being that meeting face-to-face allows people to connect in ways that online conversations don’t fully replicate.

Or at least they don’t currently. Many virtual meeting platforms have only really been used by large numbers of people for the past two years, with a pandemic as backdrop. Further development of these platforms (especially now virtual reality environments are taking off) could make serendipitous meetings and chats in corridors just as easy in real life as remotely. It’s also important to remember that most people’s experiences with virtual events have come with a backdrop of pandemic pressures, making difficult for them to have had a fair trial.

Of course, as with making career changes, we don’t have to stick permanently in one mode: we can move between the virtual and real world (or a hybrid of the two) as works best in different situations. But we should make sure that those decisions are driven by a reasoned assessment of what’s actually effective, rather than by what’s conventional.