Steve Koonin's curiosity and drive to 'make a difference' led him from academia to one of the world's largest energy companies. Fiona Case meets him

Steve Koonin’s curiosity and drive to ’make a difference’ led him from academia to one of the world’s largest energy companies. Fiona Case meets him 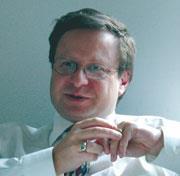 ’As a kid I was always interested in how things work, and my parents encouraged this,’ says Koonin. This curiosity led him to undergraduate physics studies at the California Institute of Technology (Caltech), and then on to a PhD at the Massachusetts Institute of Technology in Boston, US. He returned to the Caltech physics faculty in 1975, and became a full professor in 1981.

Koonin admits that he started working in a relatively narrow area of theoretical physics, but his horizons were soon expanded through work on government panels and as a long-time member of Jason, a group of outstanding academic scientists and engineers who provide advice to the US on military, intelligence and national security issues. ’I was exposed to engineering and I became very interested in the management of large projects - the way technology could be integrated with the real world, and how people could make this happen,’ he says.

In 1995 Koonin became provost at Caltech. ’The provost is the second in command at the university, the chief academic officer,’ he explains. ’I had responsibility for everything that made Caltech a university and not a business, such as faculty hiring, research funding and research space.’

Koonin particularly relished the opportunity to learn about new fields of research.

’Every professor comes in to tell the provost what they do, and why he should support it,’ he explains. ’And they are great teachers!’

Koonin was happy and successful at Caltech and, during his tenure as provost, research and educational activities grew by almost 40 per cent. He was responsible for major funding initiatives in the biological sciences and for the ’thirty metre telescope’, which will gather visible and infrared light to help astronomers answer challenging questions in astronomy and astrophysics. He also continued his own physics research.

And then one day, to his great surprise, a head-hunter called and suggested he should interview for a position as chief scientist at BP. Koonin was unaware that his name had been fed into the BP search. ’I was a bit taken aback,’ he admits, but his curiosity was aroused. ’As I thought about it I became very interested. I knew about the academic world, and about government work, but I had always wondered what the private sector was like.’

Koonin had become deeply concerned with energy issues and climate change through Jason, through his work on US Department of Energy fusion research committees, and through his own research studying ’earthshine’ (a phenomenon that allows the state of the earth’s climate to be monitored by the brightness of sunlight reflected off the earth onto the dark part of the lunar disk). But he was not an expert on oil and gas exploration. He talked to people from BP and discovered they were particularly interested in his strategic thinking abilities (Koonin has described the job as ’figuring out what "Beyond Petroleum" really means’).

Since he joined BP, Koonin has created a competitive funding program to establish the Energy Bioscience Institute (EBI). Described as a ’Manhattan project’, the EBI aims to apply the tools of biology and biotechnology to address global energy issues. Five universities were invited to submit plans for the institute. The contest, and investment of $500 million over 10 years, was won by a consortium led by the University of California, Berkeley, in partnership with Lawrence Berkeley National Laboratory (LBNL) in California, and the University of Illinois at Urbana-Champaign.

’Where could you get something like that started in academia?’ asks Koonin. ’BP is willing to make this kind of investment.’

Koonin is driven by the opportunity he sees at BP to make a real difference in the world. He values opportunities to influence leaders from government and industry. Within the company he has a penchant for asking difficult questions, the ’outsider questions’. ’That’s the natural consequence of being a New Yorker and an academic,’ he jokes.

Koonin is having a wonderful time. ’It’s important to have fun,’ he says. ’Be true to yourself. If you try a management job and you are not happy, try something else.’ And he advises every scientist to stay curious. ’Every aspect of science and technology is interesting,’ he says. ’Don’t be too parochial.’