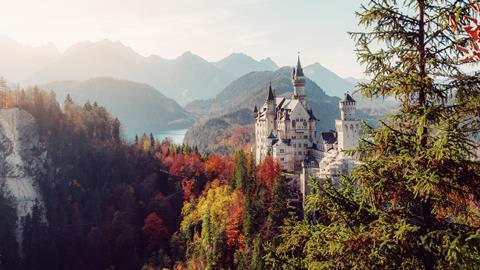 There’s much on offer below Germany’s ‘white sausage equator’

Bavaria and Baden-Württemburg (BaWü), the two large states in southern Germany, are home to a quarter of the country’s population. The Alps stretch into the southern rim of Bavaria, while the mountainous Black Forest, home to the cuckoo clock and the legendary inspiration for Grimms’ fairy tales, claims the southwestern corner of BaWü. Railway lines connect cities large and small throughout the region, while airports in Munich and Stuttgart provide national and international connections.

Baden-Württemburg is known throughout Europe for its strong economy and commitment to innovation. About 5% of the state’s gross domestic product returns to research and development – the largest percentage GDP investment in Europe. The region’s 3.1% unemployment rate in 2016 was also one of the lowest in Europe. 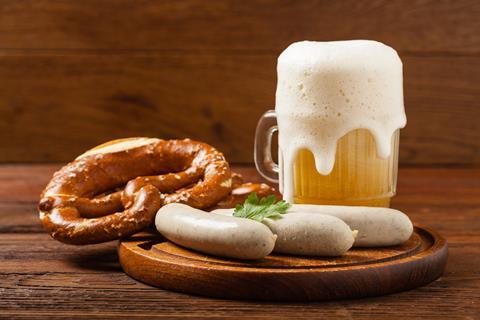 Southern Germany is renowned for its cuisine of white sausage, pretzels and beer

Although automotive and mechanical engineering dominate BaWü’s industry, 435 chemical companies are also an important part of the region’s industry. Pharmaceutical companies Roche, Pfizer, Glaxo Smith-Kline and Boehringer Ingelheim all have offices in the state.

BaWü is home to several top-ranked universities, including Heidelberg University and Karlsruhe Institute of Technology. The state’s 36 research institutes, affiliated with universities or the Fraunhofer Society, specialise in applied metal chemistry, solar energy and process engineering, among other fields. Researchers at the non-profit Max Planck Institute for Solid State Research in Stuttgart investigate lithium batteries, superconductors and solar cells.

Bavaria is also a hot spot for research. Labs at the Ludwig Maximilian University of Munich, for example, focus on structural, molecular biology and translational medicine, while Max Planck Institutes in Martinsried , outside of Munich, specialise in biochemistry and neurobiology research. Bavaria also has one of Germany’s six centralised chemical parks. ChemDelta Bavaria, in the southeastern corner of the state, hosts 20 chemical companies, including Linde and Wacker Chemie, which collectively provide jobs for some 20,000 employees.

The railway system, while extensive and easy to use, does not uphold classic German efficiency. About 25% of long-distance trains were more than five minutes late in 2017, largely due to track construction and storms. Regular delays make the trains a focus of frustration and jokes throughout the country.

Energy costs in Germany have also been the highest in Europe since 2013. About one-fifth of those fees fund renewable energy projects to meet the government’s goal of running 60% of the country with renewable power by 2050.

Munich and Stuttgart are among the most expensive cities in Germany, with living costs of roughly € 2300 a month (£2000). Rent in Munich is the highest in Germany, available apartments are in short supply and analysts predict construction projects will not meet the housing demand.

Chemistry and chemical engineering is the highest paid industry in Germany, and those in Southern Germany are the top earners among the country’s federal states . At large companies, employees and a federal association have negotiated minimum annual salaries. Starting in their second year, PhD chemists working at large earn about €75,000 a year, while those with a master’s degree earn about €64,000 , according to data from the German Chemical Society. 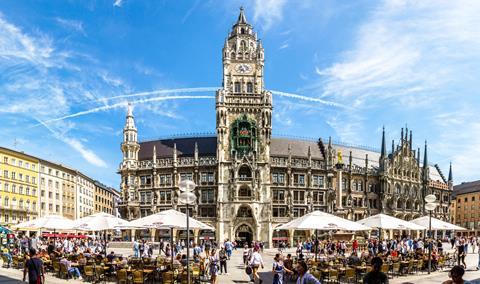 However, more than 90% of the 2000 chemical companies in Germany are small- to medium-sized companies and do not participate in the discussions that fix wages. As a result, wages at these companies tend to be lower. Companies with fewer than 100 employees pay an average of €40,400 , while companies with more than 100 employees offer starting salaries of €50,000. Social security contributions, roughly split between employee and employer contributions, account for about 40% of wages and cover health insurance, nursing care, pension, and unemployment.

States and regions in Germany have slight cultural differences in customs, food, dress and dialects. Life in southern Germany generally tends to have a more relaxed pace than in the north. Locals say an imaginary Weisswurstäquator (‘white sausage equator’) separates northern Germany from Bavaria, where the dish originates.

Southern Germany, once a predominantly Catholic region, retains remnants of its religious background in its schedule of public holidays . In addition to the country’s nine annual public holidays, Baden-Württemburg has three extra days off that coincide with church feast days; Bavaria has four extra holidays.

Nestled in the Bavarian Alps is Neuschwanstein castle, a 19th century palace built by Ludwig II as a country retreat and one of the most popular castles in Europe. For those looking for something more adventurous, Oberstdorf , the southernmost town in Germany, is a gateway to hiking and skiing in the mountains and trains from Garmish-Partenkirchen connect to cable cars that travel up Germany’s tallest mountain, the Zugspitze.

Green space abounds in Munich at the English Garden, while the city’s Deutsches Museum is one of the world’s largest and oldest museums of science and technology, with six floors devoted to 35 exhibits including aviation, astronomy and oceanography. For a festival-version of traditional Bavarian culture, don a dirndl or lederhosen and head to Oktoberfest in Munich, one of the world’s largest festivals that sees 6.2 million visitors down 7.5 million litres of beer.