From Cambridge, UK, to Cambridge, Massachusetts, Sarah Houlton looks at the rewards on offer to chemists in the biotech sector

From Cambridge, UK, to Cambridge, Massachusetts, Sarah Houlton looks at the rewards on offer to chemists in the biotech sector

The biotech sector offers great career opportunities for chemists. Often set up as university spin-outs to exploit an academic discovery, biotechs tend to be based either on a specific drug target, or a piece of novel technology. Ensemble Therapeutics, based in Cambridge, Massachusetts, US, is one of the latter - it’s underpinned by the DNA-programmed chemistry, or DPC, developed in David Liu’s group at Harvard.

’We use DNA to drive the specificity of chemical synthesis,’ says chief scientific officer Nick Terrett, whose University of Cambridge, UK, chemistry PhD took him first to Pfizer in the UK - where he was involved in the Viagra project - and then to the US. ’Nature uses DNA to drive protein synthesis, but we are using it to form peptide-derived macrocyclic compounds. We first make huge numbers of DNA sequences, and use them to make large libraries of diverse macrocyclic compounds, which otherwise would be very difficult and time-consuming to make.’ 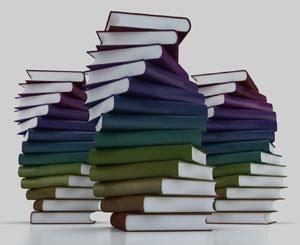 These macrocycles have potential in drug discovery, particularly for ’difficult’ biological targets where conventional small molecules are less likely to succeed. ’There has been a growing awareness within the pharma community that if you are trying to address, say, a really tough cancer target such as a protein-protein interaction, then small molecules don’t have enough functionality to disrupt it,’ he says. ’We’re taking a lead from nature, which evolved macrocycles that bind with very high specificity to protein molecules.’

As well as working on its own drug discovery programme, Ensemble is collaborating with pharmaceutical companies including Pfizer and Bristol-Myers Squibb. Its chemists focus on two main areas: making macrocycle libraries using DPC, and then, once potentially active molecules have been identified, re-making them as single compounds by more traditional synthetic methods to verify their activity.

About half its 30 employees are lab chemists. Nine or 10 of these are in the library-making group, including Bill Connors. Ensemble is the fourth biotech company he’s worked for since finishing his organic chemistry PhD at Boston’s Tufts University in 2002, and Connors has been there about two years.

’We make small combinatorial libraries of macrocycles, and pass them to biologists who look for activity,’ he says. ’They give us feedback on which hits were interesting, which we then use to make small, iterative libraries based on the hits found in the large, general library. This information also goes to our medicinal chemistry group, who use it to make single compounds.’

Frank Favaloro, whose PhD from Dartmouth College in New Hampshire, US, is in organic synthesis, works in the medicinal chemistry group. He’s been with Ensemble for about five-and-a-half years, having previously had short spells with two other biotechs, and explains that while the library group makes macrocycles still attached to their DNA, the med chem group makes them without it to confirm activity.

’It’s more traditional synthesis, usually starting with solid phase synthesis,’ he says. ’We attach the first building block to resin, put it in the peptide synthesiser, attach three or four more building blocks, and then cyclise the molecule, either on the resin or in solution.’ The work is very rewarding, he says. ’I had thought about going into medicine, but was won over by the enthusiasm of my undergraduate chemistry adviser, and went for a PhD instead. I’ve found that in a biotech, you can have more impact on an individual project than in a big company, and the work is extremely varied.’

Terrett adds that the work life of a chemist in a biotech is likely to be more broad-ranging than in a big pharma company. ’In big pharma, a chemist will likely be focused on one project, and won’t even have to think about some of the other chemistry roles within the company,’ he says. ’With a biotech, a chemist will get exposed to different chemistry techniques, assays and screening processes very early on.’

’I certainly have a very diverse work day,’ Connors says. ’One week, if I’m constructing a library, I might spend 95 per cent of my time in the lab, and others I might spend more time at the computer, doing research, and gathering information from the medicinal chemists and computational chemists to help design the next library. I love the job - and it’s great to be doing something I was trained to do.’