Getting back to work

Returning to work after a career break can be a daunting prospect. 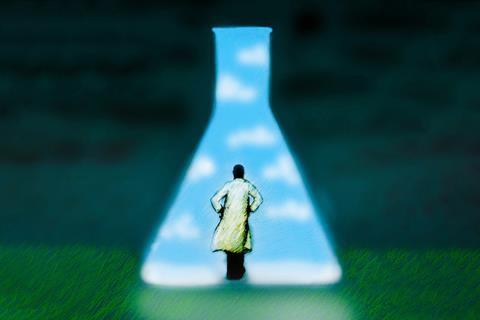 Returning to work after a career break can be a daunting prospect. After months or years away, your confidence may have ebbed and it can be difficult to market yourself. But the UK currently holds bright prospects for returners in STEM (science, technology, engineering and mathematics) fields, according to Liam O’Connell, director of UK recruitment company CK Associates.

CK is seeing more and more returners find permanent jobs in an environment where an increasing number of companies are taking people on for their personal attributes and knowledge. ‘The job market is really strong,’ says O’Connell. This is partly a result of Brexit, with companies having to be more flexible in terms of who they recruit, he adds. In particular, he has found that big pharma companies are very open to taking returnees.

As senior talent acquisition manager at Eisai, a Japanese pharmaceutical company, Andrew Bolton is seeing more returners come through the recruitment process. He has witnessed a significant change in attitude by recruiters over the past decade, which he attributes partly to a millennial generation representing a bigger part of the workforce, marking a move away from a ‘job for life’ culture towards flexible working and mobility. 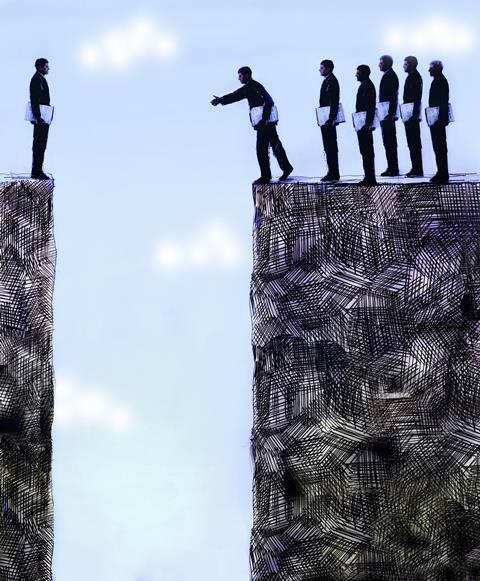 Working in recruitment, Natalie Desty became ‘so frustrated with the genuinely insurmountable barriers that returners had to face’ when trying to make a come-back after a career break. ‘In an industry with a huge skills gap issue and also a mid-career gap, this just made no sense,’ she says.

Desty spoke to many returners and hiring managers and soon began to realise that the problem was ‘less to do with unconscious bias – although this does still exist – but more with a broken recruitment process’.

Career gap professionals can very quickly find that they are sending their CV into a ‘black hole’, never receiving any feedback, she says. Their CVs may not be flagged by agencies looking to shortlist their top 3, while online application processes can also filter them out based on a lack of recent buzzwords, she adds.

In 2017, Desty founded the STEM Returners programme, which links professionals returning to work after a career break to paid employment placements. More often than not, there is an opportunity for permanent employment at the end of the programme, which has just placed its 71st returner. Of the returners, 98% have gone on to accept a permanent position.

Engineering companies were the first to join STEM Returners. ‘The uptake and interest from engineering organisations has been overwhelming for two key reasons: companies are struggling to recruit through standard recruitment channels, which are not presenting a modern and diverse workforce. They have also seen how a career gap is very quickly overcome by an opportunity and some training.’

Desty puts STEM Returners’ success down to a simple concept of removing barriers and giving returners the confidence to restart their careers. ‘The returners are the ones that demonstrate their value to the employer.’

The plan now is to work with the rest of the STEM sector. ‘Engineering companies have been quick to pick up on the value but programmes would be equally successful and are equally needed across the whole of STEM,’ she says.

‘It is so important that we work with like-minded, open and inclusive businesses who genuinely want to foster positive change. Those companies that seek us out are a great indication of their commitment not only to running a programme but also to retaining staff at the end of placement, which is vital. We don’t want to just be offering work experience but genuine opportunities to return.’

Julianne Miles co-founded Women Returners in 2014 and is now its chief executive. Its aim is to create ‘supportive bridges back to work’ for those that have taken an extended career break. In 2014, Women Returners began with three returner programmes but now has over 70 companies on its books. ‘Our focus recognises the fact that 90% of the group are women but the returner programmes are open to men as well,’ she explains. Women Returners began with banking and financial services before extending into STEM fields.

Miles is driven by a strong ‘desire for social change’. ‘I recognised that there was a real waste of very strong talent – mainly female talent. Women who had stepped out of the work force were really struggling to find their way back in,’ she says.

But she also spotted a business need to bring people back into the work force, to fill skills gaps and ensure diversity at senior levels. ‘This was a business solution as well as needing to be done from a societal perspective,’ says Miles.

The market is very buoyant, but it’s up to people to prove themselves

The landscape ‘really is changing’ for people that have taken a break, she adds. ‘I am hugely proud of how we have been a stimulus for change. I think there is an increasing recognition that there is a talent pool out there that organisations haven’t been tapping into.’

Most of her advice for hopeful returners applies to all fields, from banking to pharmaceuticals ‘because a lot of the challenges are around regaining professional self-confidence’.

First, she advises people to reconnect with their network and to ‘upskill’ as much as possible by doing some additional training. For example, she recommends a free online Open University course called Returning to STEM. Those that complete the eight week course – approximately three hours’ study time per week – gain an OU digital badge.

Miles and CK’s O’Connell both advise hopeful returners to get in touch with their professional associations, such as the Royal Society of Chemsitry, in order to update themselves through meetings or courses. O’Connell recently worked with an organic chemist returning to work who attended a number of RSC conferences to get himself back up to speed. ‘He was able to put that on his CV. We highlight that to clients.’ Many people will also opt for a refresher course at a local college before they put themselves back on the job market, he adds.

When you have been away from work, extra training should be included in covering letters to send a strong message to recruiters that: ‘I am serious about this. I am keen to return to industry and this is what I have done to facilitate my return’, says O’Connell.

‘One of the things you want to do is to start building your connections again. You can do a lot at home but actually what is really important is to get out there and to start meeting people,’ says Miles. ‘It not only opens doors to potential opportunities but it also starts to get you back to that working identity, which is really important.’

In O’Connell’s experience, most returners initially go back to work on a short-term contract basis to gain ‘experience and then get back on the career ladder’ before becoming permanent employees. He also advises people to approach local companies in their sector to ask whether they can shadow a member of staff for a while. ‘It works really well. We had one candidate who we advised to do that. She went in shadowing and the company took her on because they were so impressed.’

It is also worth looking out for internship schemes, such as those run by the RSC. For example, Antikor Biopharma in Stevenage offered a returner a permanent position after she had completed an internship. ‘She was probably one of the most experienced candidates we have had for an intern,’ says Gokhan Yahioglu, Antikor’s director of medicinal chemistry. ‘We are a small biotech company and what it gave us was access to trial someone who was very experienced on paper, for a set period of time.’

Cut to the CV

All of the experts agree that you shouldn’t try to hide a career break, but equally there is no need to apologise for it. ‘It’s better to be upfront on your application rather than it being an elephant in the room and the recruiter making assumptions,’ says Laura Woodward, careers specialist at the RSC.

‘I always recommend to people that they look into doing a skills-based CV so that the first page is all about the skills that they have to offer,’ she advises. ‘Yes, recruiters are going to want to see recent examples but those don’t have to be from paid work.’

She also reminds people that ‘a big part of of the recruitment process is being able to put across to the recruiter a genuine interest and enthusiasm in what you are applying for’. And, even if a job is advertised as full-time, it’s always worth asking if it could be done part-time or as a job share. ‘Once you get to a certain level, you won’t often see a part-time job actively advertised,’ she says.

Eisai’s Bolton also suggests that candidates present themselves in ‘alternative’ ways to stand out. ‘Ditch the whole idea of using a template and sticking to two pages and all of the rubbish that you read on the internet,’ he advises. Eisai even asks people to make a short video about themselves as well.

Ultimately, it is clear that companies and returners can both benefit from a return to work. Mills has also found the UK government to be encouraging and supportive of returner schemes.

‘Running a returners programme has a positive impact on culture. It allows line managers to see for themselves that returning employees are just as capable after a break and also opens minds to flexible and home working options which benefits everybody,’ says Desty.

Although most returners are in their 40s, coinciding with children starting school, there is no upper age limit and Miles has worked with people who have taken 15-year breaks.

‘There are loads of opportunities for people at the moment. The market is very buoyant, but it’s up to people to prove themselves,’ concludes O’Connell.