'How pragmatic is it to be a blind scientist?’

‘The world is built for sighted people’ says Mona Minkara. Blind since childhood, Minkara has struggled to navigate her way through the sighted world, but her passion and determination have kept her going. Having completing her PhD in 2015, she is now a post-doctoral research fellow in computational chemistry at the University of Minnesota, US. 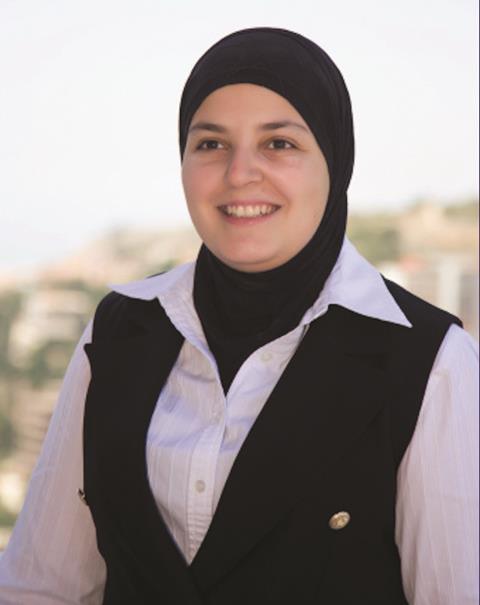 In addition to her lack of sight, Minkara has had to contend with other people’s limited impression of her abilities. She says her decision to take advanced science classes at school was met with resistance from teachers. ‘People were not resisting out of malice, they were just resisting out of practicality. How pragmatic is it to be a blind scientist?’

But Minkara adds, there were also individuals who encouraged her to follow her passion for science and even saw value in her different perspective. Her current supervisor, Ilja Siepmann, she says, has been very supportive and this has started to shift her own perception of her abilities.

Minkara grew up in the Boston, US, area and at age seven was diagnosed with macular degeneration and cone rod dystrophy and told she would gradually lose her sight. This had an enormous effect on her education: some teachers suggested she wasn’t worth educating, while others did not understand how. Despite this, Minkara won a scholarship to the prestigious Wellesley College in Massachusetts (alumni include Hillary Clinton) where she gained a degree in chemistry and Middle Eastern studies. ‘I needed individuals that read to me and worked with me in the labs – I took all the wet labs,’ explains Minkara. She graduated in 2009 – the first blind scientist to graduate from Wellesley in its 147-year history.

When Minkara decided to pursue computational chemistry at graduate school she received several offers from prestigious institutions, but she says, it was clear that the type of support offered to people with disabilities was something she needed to consider. Although US law obliges institutions to provide support to accommodate disabilities, it varies in quality and not all institutions are willing to provide what Minkara felt she needed. She chose a PhD in molecular dynamics simulations at the University of Florida, which she says ‘laid down the red carpet’ for her.

Now at Minnesota, Minkara is researching the behaviour of surfactant molecules and receives support from a team of access assistants she calls ‘Mink Inc’. They are usually undergraduates that can assist with note-taking and reading – essentially serving as her eyes throughout her working day. ‘It makes it possible for me to actually sit down and think about the chemical problems,’ explains Minkara. While they are not expected to be subject experts, her team are trained to understand what she needs – be it describing plots or building models of proteins out of Play-Doh. ‘For most of the researchers in the group, [research is] a solitary experience,’ she adds. ‘Whilst [for me], it’s very active the entire day.’

Minkara believes that ‘there is always an advantage to a different perspectives of the world, in whatever problem you are trying to solve.’ For example, in her graduate work on proteins she was unable to see videos illustrating their dynamics. ‘What I had to do was think about it differently. I mathematically plotted it and was able to point out patterns that sighted peers missed.’

There is always an advantage to a different perspectives of the world, in whatever problem you are trying to solve

Minkara hopes to eventually get a faculty position. As a graduate student she taught some general chemistry classes; again, she experienced scepticism as to whether she could do it but found her own way to excel and got good feedback from her students. ‘I had to tell the class that they couldn’t raise their hands as I cannot see them, so that completely deconstructed a normal classroom setting. I said if you have a question just ask, so it turned into a mostly discussion-based [class].’

The barriers for blind students and researchers shouldn’t be underestimated, but that doesn’t mean they are insurmountable. While Minkara had always favoured the immediacy of computational chemistry, she says other types of chemistry can also be made accessible to blind students and researchers. There are tools being developed to make wet chemistry more accessible, such as instruments with audio outputs.

Based: University of Minnesota, Minneapolis, US

Minkara herself is involved in a project to support young people with disabilities to engage with science, technology, engineering and mathemathics (Stem) subjects in developing countries. The organisation, Empowerment Through Integration (ETI) is a non-profit committed to the development of an inclusive society by transforming the social stigma against disabilities and empowering blind youth.

With these aims in mind, Minkara is helping to develop a low-cost, blind-accessible Stem summer camp curriculum. ‘The beauty of this particular camp style is that half the students will be blind and half are sighted,’ she says. This allows blind children to interact with the sighted world and normalises blindness for sighted children to prevent them from seeing their blind peers as helpless or to be pitied. ‘We need to deconstruct those complexes.’ ETI hopes to run its first summer programme this year in Lebanon.

And while her own chemistry career is flourishing, Minkara would like to see more open mindedness in how we judge others abilities. ‘We genuinely as a society don’t think that a blind person could be a decent chemist. We have these imposed impressions of people’s potential.’ She is certainly proving society wrong.