How to improve research culture 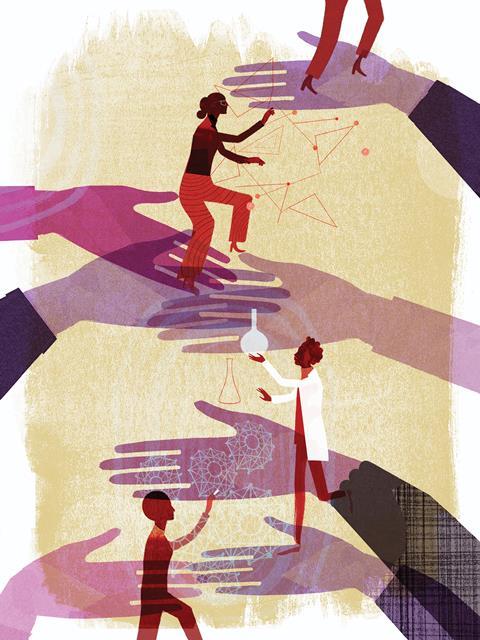 At the start of the pandemic last year, Andrew Burrows, professor of inorganic chemistry and head of the department of chemistry at the University of Bath, started to keep aside an hour every day for his staff to ‘drop in’ virtually to talk about the challenges they faced. Burrows has always prioritised listening as part of his role as chair – this exercise was an extension of that.

Department heads like Burrows contribute heavily towards shaping their workplace’s social and cultural atmosphere. The working culture of a chemistry department is important, says David Christianson, professor and head of the department of chemistry at the University of Pennsylvania in the US, as it can impact several different factors related to research.‘[It] affects lab safety because if a department doesn’t have a good research culture, folks working in the lab might be less productive and more susceptible to lab accidents,’ he says. So chemistry chairs have developed several strategies to improve research culture in their departments.

Be open to feedback

While there are formal channels at most universities to address complaints about serious issues such as discrimination and sexual harassment, it’s important for chairs to create a safe space for more informal feedback, too. ‘You’ve got to know what people think if you’re making a decision,’ says Burrows. ‘I’ve always tried to keep an open-door policy.’ Before formally taking on his chair role three years ago, Burrows had one-on-one meetings with all academic staff members to chat about their thoughts, concerns and aspirations – for themselves and the department. ‘That was really helpful for me to get a feeling of what people’s different priorities were,’ explains Burrows. It also sent out a message that he was approachable.

Many universities use the 40-40-20 system to distribute the workload of faculty, with teaching and research contributing 40% each towards workload and evaluation, and the rest reserved for service responsibilities. At Missouri University of Science and Technology in the US, department chairs can adjust those percentages. This policy, says Rainer Glaser, chair and professor at the department of chemistry at Missouri S&T, recognises that at different stages in their careers, faculty have different priorities, skills and ambitions. ‘If you insist on 40-40-20, and there is somebody just not good at one of those components anymore, then every single year, their performance evaluation will not be good,’ says Glaser, who adds that this often leads to faculty becoming disgruntled and losing interest in work.

‘If undergrads are in a research group, they are less likely to leave [the programme or the university] and are just happier,’ Glaser says. But the dynamics of their mentoring should be handled with care. Glaser likes undergraduates to be mentored by graduate students instead of faculty, who might be seen as ‘the old guy who is a professor’. Moreover, mentoring undergraduates benefits graduate students too. ‘Some of them want to become professors,’ says Glaser. ‘So here they have a first go at how to deal with their students later.’

A 2018 Nature Biotechnology survey of over 2000 graduate students showed that more than a third had experienced depression. Heather Carlson, who is chair and professor of medicinal chemistry at the University of Michigan in the US, says it is the responsibility of chairs to destigmatise the issues around mental health, so that students don’t feel ashamed about getting help. ‘It’s very common that graduate students put all of their self-worth in their outcomes in the lab. So, if something works or doesn’t work, it makes them feel good or really bad about themselves. They shouldn’t feel that way.’ While there is an embedded counsellor in Carlson’s college for students, she also tries to help on the academic front. For example, Carlson happily allowed a grad student with depression to drop one class so they could focus on doing better in others.

It’s important for chairs to invest in their staff’s education – not just about technical topics related to research, but also human-centric issues that play a role in building a healthy research culture. Christianson says that scientists can end up focusing exclusively on their scientific problems. ‘Someone needs to nudge us in the ribs with an elbow and say, “Oh, hold on, take the blinders off and be aware of your environment and how you’re interacting with others.”’

To that end, Christianson’s department organises a safety meeting twice a year for its 300-plus faculty, staff and students. The first segment of the meeting focuses on the practical aspects of lab safety, such as waste management and handling hazardous substances. The second part puts the spotlight on the social aspects of working in science – respect and dignity in the workplace, responding to sexual harassment, mental health awareness and ethics. ‘Part of improving [research] culture is really improving a culture of awareness,’ says Christianson.